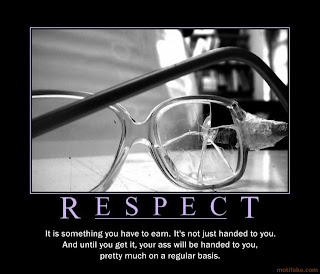 Tonight, something that I believe strongly in came out in conversation. It started with Jim Holmes tweeting regarding an article written about another developer that I follow and have chatted with in the past:

“Disagree with Women-Only anything in IT. Why put up more walls? #fail RT @RWW Women-Only Programming Classes http://rww.to/aU9kme”

I happen to agree strongly with this, and said so. One of the devs that follows me, however, was of a different opinion and tried to justify the opinion, only to be shot down not only by Jim, but by me and even by my girlfriend, Karyl.

He went through a number of arguments, trying very hard to find something, anything, that would validate his claim and basically ignored anything that was used to counter him. Some of them, and my more lengthy responses (which, naturally, would not fit on twitter) are here.

“In this instance, I can understand it. The men are the main deterrent to potential female programmers. Plus, then they can focus on the material rather than deflecting awkward advances the whole time.”

I disagree. The deterrent to potential female programmers are the potential female programmers themselves. Women are not the only people that get hit on in college or while trying to learn or work. The number of classes that I was in where female classmates were trying to get me to go out on dates with them was rather high and I still managed to do all of my work. Besides which, most of the women in my CS classes (with a few exceptions) were under the impression that anyone who spoke to them was trying to hit on them and that really wasn’t the case.

From my personal experience, the women in the other engineering disciplines tended to be more driven than the ones in CS and were a lot more fun. There were more girls that dropped out of the CS program because it wasn’t “fun” or it was “hard” than because people were hitting on them (In fact, I can’t think of any of the girls I knew in those classes that stopped doing it for that reason).

“So, you're saying you don't think women should be allowed to have male-free anything?”

Are men allowed to have men only anything? No? Then there’s your answer. I believe in Equal rights. We are not getting into this “some people are more equal than others” mindset. That is a crutch and causes people to strive less if you constantly tell them “Oh, that’s okay. You’re a [x], we’ll lower the bar for you.”

To which I got the response of asking me how many men I’ve known who have been raped.

Bad question. And this made me very glad he wasn’t in the same room with me. I have good impulse control, but rape is not a woman only issue and it is not something I take lightly (nor is abuse in general).

For the record, I’ve known two that I can think of. Men who are raped undergo the added stigma of nobody believing them because, of course, rape can’t happen to men. Ask Karyl about her friend who was raped and was accused of being the one who did it instead. It has literally ruined his life.

Add to this the fact that many domestic abuse shelters will not accept men (who can be, and more often than you would believe, are victims of domestic abuse) and you start to see why this is a hot button topic for me.

Rape is not funny. Rape is not something that should be used as an argument against equal rights. Rape is also not just something that happens to women. I’ve known women who have been molested and raped as well and I don’t find it funny from either end. In fact, the woman that I loved more than anything else in this world was raped so I think I have some insight into how absolutely fucking horrible it can be (no pun intended and strong language more than justified).

“I've never been in a situation where I felt uncomfortable because the group was dominated by women.”

I have. It was not really fun. I’ll tell you something else – that group of women was more openly sexist and offensive than I’ve ever seen a group of guys be around a woman.

I’m not excusing guys who try to coerce women into doing things against their will. That sort of thing is, in my opinion, inexcusable, but it is not limited to guys. It’s not excusable from anyone, male or female (and, trust me, it happens with both).

This prompted a rather predictable response by our new “friend”:

“I'm not saying we do. All I'm saying is that if that FEAR is keeping one woman out, and the fem-only class lets her in, its a win”

No. What is keeping that person out is their own fear, not reality. If you are uncomfortable learning around men, how will you feel when you get out into the real world and work on development teams which, nine times out of ten, contain men as well as potentially other women?

“I theorize that by becoming exceptional in their trade, the unease when dealing with men is lessened due to being capable devs”

You become exceptional through practice and work. That involves working with and around other people, including men. You do the work and learn from it. You also learn from the people around you. That’s how you get better at anything (not just software development).

“By that logic, a group of women is not capable of creating great programs?”

No, by that logic, people who are afraid and never strive are not capable of creating great things. Letting yourself be afraid of your very surroundings and letting that fear control you means that you will never do great things and, in fact, may not do anything at all.

Greatness is accomplished by carrying on in spite of your fears (or sometimes even because of them). Giving up and going home because they let the boogey men in their head control them never really got anyone anything.

Am I afraid sometimes? You better believe it. However, I do my best to work through it. Sometimes it works. Sometimes it doesn’t. But I’ll tell you that it’s better than letting what *might* happen rule my life.

You’ve got to try for yourself. Nobody else is going to do it for you, and even if they did, it wouldn’t mean nearly as much to you as it would if it was your own striving that got you there. Others can, and hopefully will, help you along your way, but you have to keep striving and push yourself to find your true boundaries. Then you have to work to break those boundaries.

I went on to explain why I have some of the views that I do – the fact that I’ve known women who were great and men who sucked (and the other way around), that I’ve taught and trained with martial artists of both sexes with various skills and skill levels, that I’ve known victims of domestic violence (both male and female) and that I don’t subscribe to the mindset of “men are evil and scary and need to go away” because that cheapens everyone’s accomplishments.

“My experience is that I'm an arrogant asshole, and I understand why a woman (or man) wouldn't want to be in a class with me.”

Finally something we can agree on. However, that’s a problem with you and not a problem with all men. All men aren’t like you (and for that I’m thankful).

In all honesty, folks, I don’t care if you’re a man or a woman. I don’t even care if you’re green and furry. I believe in equal rights, but that means equal responsibilities as well. If you want to bridge the [gender, racial, whatever]

Freedom is something that you need to actively acquire. It’s not something that’s given with no strings attached. To be free means to take responsibility, and to prepare yourself for what’s to come."
- Charles Beams, "Eureka Seven"

The same is true of equality. In fact, equality and freedom are often very close to one another.

Don't beg for things. Do it yourself or else you won't get anything.