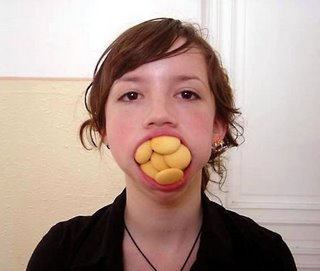 It seems to have been the day of phone calls.

First, there was the almost unintelligible call from what appears to be an Indian outsourcing company which is looking to put someone in a position in a city about an hour or so from here.

Normally, I don’t have a problem dealing with accents. I’ve known a lot of people from all over the world, so accents are really just par for the course for me. The problem with this one was the fact that it sounded like it went from an actual phone somewhere to a VoIP server, became packets that were flung across the internet via various combinations of physical lines and satellite, hit another VoIP server, were translated back into an actual phone transmission and then ended up at my handset.

That makes things a bit harder to understand.

The other call was from a recruiter in Pitt calling about an opening in Cleveland. Unfortunately it was a senior position and I’m not a senior person. On the upside, they sounded like they were interested in me for other possible positions, so they are supposed to be calling back tomorrow in order to get to know me better. This kind of behavior is kind of strange for a lot of “recruiters” because they tend to just throw resumes at a position and hope one sticks. I take this as a positive sign about these people.

Sometime next week, I should be having lunch with a local businessperson who runs a tech company here in town. I saw a strange posting on a job board for them so I decided to drop them a line and ask about the unusual requirements and introduce myself. On a personal/tech level, we seem to have hit things off since we seem to have some things in common.

Don’t look at me like that. It’s purely professional. Besides, it will be nice to have someone to talk to in this town considering the fact that I know almost nobody here.

Posted by James Hollingshead at 9:27 PM