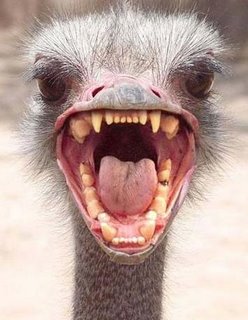 Yesterday, I updated all of my posted resumes on the normal job boards. Since then, my phone has been ringing off the hook. Normally this would be a good thing. In the case of most of these calls, however, it’s a pain in the rear.

I plainly stated that I am only interested in full time, permanent positions. Most of the calls I have gotten so far are for short term contract positions, and most of those are located across the country.

(As an aside, it seems that my complaint that companies are hiring, or contracting out to, foreign HR people with *really* thick accents isn’t just isolated to the one company. I got several voicemails from different numbers that were absolutely unintelligible. If, on the other hand, they are having these people call me because they think the accent would be closer to my own, they should realize that my surname comes from the British Isles and not from more Asian locales despite my martial training.)

Anyway, back to the topic at hand.

Previously, I had listed my cell phone as my preferred means of contact though I listed my home number just in case. That changed today. Most of the callers today decided that calling the home line would be a much better idea despite my wishes. One of them (who also failed to read the full time, perm portion of my posting) was so rude as to call my cell, leave a voice mail and then immediately call the home line.

There is now basically no mention of the fact that I even have a home number. It’s even been removed from my website. Now the only methods of contact listed are my cell, email, and snail mail. All of this trouble is because people don’t have the decency to use my preferred method of communication.

However, the fun and games did not just stop there. I got one person who called four times in about five or six hours, leaving the same voicemail message every time. I admit that, after about the first hour of being hammered by calls (I was literally getting a call about every 10 minutes or less), I decided to screen everyone that wasn’t in my address book. Otherwise, I would have burned up all of my minutes for the month on the second day of said month just so I could tell people I wasn’t interested in a six month opportunity in Texas.

Top it off with the fact that, when I informed the people I did not screen today that I was not interested in a short term contract halfway across the country, they didn’t listen and simply kept trying to talk me into the position.

I said no thank you. That should be enough.

Then again, so should calling and leaving a message once.

Have some tact and decency, people.

Posted by James Hollingshead at 10:51 AM

"Oh, you can't afford to move across the country for a position that might drop you on the street with no other job to go to? Well what if we threw in a plate of cookies? They're chocolate chip!"