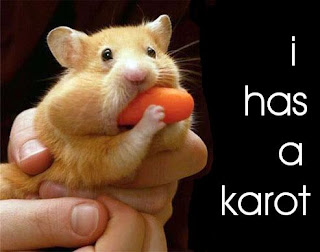 If you haven’t been paying attention, I develop software. Most of said software is for Windows though I do get the occasional request for something on Linux.

That said, I tend to use Visual Studio a fair amount. I started using it back in version 6 when I was writing C and C++ code in college because it let me get work on projects done on the weekends without having to drive the 45 minutes to campus to use the unix labs (this was back when Linux was a pain in the rear to get to work.).

The fact that VS has a nice graphical debugger and Emacs didn’t have one at the time didn’t hurt either.

For the longest time, my license was covered by the university because we had an insane site license deal with Microsoft (basically any software they made we could get for about $10). Of course, after I graduated, that didn’t apply anymore.

The graduation gift from a friend of mine was a copy of VS2003 which was rather appreciated. When VS2005 came out, I didn’t want to throw down the $300 to get a copy, so I stuck with 2003 until the Express editions came out.

While the Express editions are nice, they’re kind of limited (which is sort of the point). That’s why I was happy when I found out that Microsoft was giving away free copies of Visual Studio 2005 Standard for watching a couple of podcasts and paying about $11 shipping and handling.

I just got my copy in the mail yesterday. I was surprised it only took a week to arrive. If you’re interested, click on the link above and jump through the rather simple hoops. It’s well worth it, but you’ll have to do it soon since the offer ends June 30th.

Now for the weirdness.

It seems that my Zipper program is one of the more popular examples of the use of RubyZip out there because, on checking my logs, I found a lot of hits from Google for “Rubyzip example.” Curious, I decided to check for myself, and it turns out that I’m on the first page of the results.

I thought that was kind of neat. Maybe that means that people are actually using at least some of my free stuff after all.

Granted, the reason I wrote the ruby programs was to scratch my own itches when I was setting up an entertainment computer, but still, it’s nice to know that someone out there is at least looking at it.

Now if I can only figure out why I keep getting so many referrals from dvd4arab. Don’t ask me. I just look at the logs and scratch my head…

Posted by James Hollingshead at 4:29 PM

And as I recall, that's still not the weirdest one you've gotten in the way of referrals.

O.o Okay I think that definitely puts it up there in the running then...