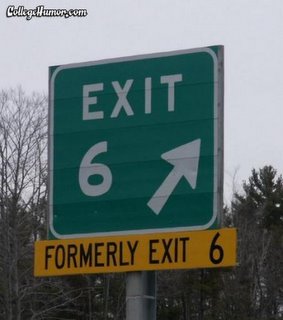 6. WD-40 dissolves cocaine - it has been used by a pub landlord to prevent drug-taking in his pub's toilets.
I want to know what spurred someone to find this out. “Quick! The bobbies are coming! Pass me the lube!” (Yes, I realize that can be taken in a completely different manner lol)

11. One in 10 Europeans is allegedly conceived in an Ikea bed.
New slogan for Ikea? “We help Europe screw itself”


20. The Queen has never been on a computer, she told Bill Gates as she awarded him an honorary knighthood.
If she had, would be have been hanged instead of knighted?

28. The British buy the most compact discs in the world - an average of 3.2 per year, compared to 2.8 in the US and 2.1 in France.
That means that I made up 50+ people statistically a couple of years ago. I still buy more than 3 cds per year, though most of them are used. Currently I have something on the order of 350 cds

29. When faced with danger, the octopus can wrap six of its legs around its head to disguise itself as a fallen coconut shell and escape by walking backwards on the other two legs, scientists discovered.
But are they then carried to Mercia by swallows?
Alternate comment for the people from fencing – underwater cavalry!

36. The average employee spends 14 working days a year on personal e-mails, phone calls and web browsing, outside official breaks, according to employment analysts Captor.
And yet, the average employer expects most salaried employees to spend many more days worth of their weekends, nights, etc than that at work

37. Cyclist Lance Armstrong's heart is almost a third larger than the average man's.
That really does help explain how he performs as well as he does in that sport

52. You're 10 times more likely to be bitten by a human than a rat.
I don’t know if I should comment on this one…

64. New York mayor Michael Bloomberg's home number is listed by directory inquiries.
I see this being changed as the prank calls start…

67. Giant squid eat each other - especially during sex.
So remember, if you ever become a giant squid, don’t ask for oral

71. Jimi Hendrix pretended to be gay to be discharged from the US Army.
Maybe the lyric really was “excuse me while I kiss this guy” then *snicker*

93. Koalas have fingerprints exactly like humans (although obviously smaller).
“Okay, I admit it. It *wasn’t* the one-armed man. It was that little fuzzy fu**er over in that tree”

98. Nettles growing on land where bodies are buried will reach a foot higher than those growing elsewhere.
Now I know what not to plant when I have to start hiding bodies… =]

Posted by James Hollingshead at 2:10 AM