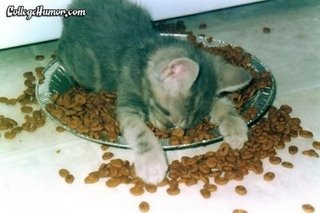 The last couple of days have been filled with introspection and looking at things from my past.

The people who know me well enough know some of the things in my past that I wouldn’t tend to wish on anyone. For the rest of you, let’s just say that it’s been an interesting trip filled with a lot of rocks (nothing illegal or that I feel like I need to hide – just things that I don’t tend to want to think about or discuss with people that weren’t involved).

While I am mostly at peace with the things that have happened over the years and the person I have become, I am reminded of the quote which basically states that behind every cynic is an idealist who wonders what the hell happened.

I admit it. I used to be an idealist. I even used to smile a lot more. Now, I tend to be something of a hopeful cynic and quite a bit more reserved.

Hopeful cynic? Isn’t that a contradiction in terms, you ask?

Not really. It means that while you hope the outcome will be better than you expect, you don’t bet on it. Just because you try to avoid the obstacles doesn’t mean that you think you’ll always succeed.

I don’t give up. I just expect that, at certain points, I will likely have my head handed to me.

But right now, I’m at the point of wondering what the hell happened even though I already know the answer. I think that sometimes, just sometimes, we have to spend time thinking about that sort of thing in order to make it anywhere. The trick is to not to be consumed by it – looking into the abyss, as Nietzsche would have said.

Posted by James Hollingshead at 12:40 AM