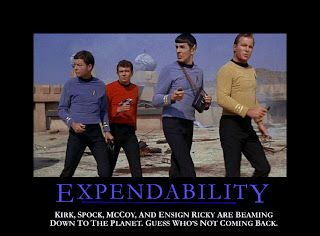 They Just Never get it Right

It seems that my alma mater is “cracking down” on file sharing.

Citing bandwidth issues and the amount of John Doe lawsuits that they are getting from the RIAA, they have decided to outlaw all p2p applications.

I find this ironic considering that, in my software dev class (2003, I believe), one of the projects available to the teams of students was to create a p2p application with a gui.

I’ve never been a big fan of their network services people, because, on the whole, none of them knew what the hell they were doing. There were, of course, exceptions, but they were few and far between.

With that said, it makes me wonder just how far they’re going to take this. Are we just talking things like uTorrent (which a lot of people in the engineering dept use to get things like linux distros) and eMule or are they going to try to kill any distributed applications that they run across for fear that they're p2p apps they've never heard of before?

If it’s the latter, they’re going to have a whole lot of trouble from the engineering college, because we did a great deal of distributed apps. Hell, even my fish tank was running on 20+ machines both on and off campus as a test at one point.

First they have the security fiasco where multiple machines with personal information, including social security numbers, were compromised for over a year without anyone noticing (and, in one case, the machine was supposed to have been decommissioned over a year before). Now they’re trying to be draconian with the network?

Sorry, folks, but you get no donations from me. I know the same goes for a lot of the other people I went to school with.

Posted by James Hollingshead at 11:55 AM

They call me for donations, I may yell at them to ask for a refund on my nicely framed paperweight. :P

P2P SOFTWARE IS NOT JUST FOR PIRACY FREAKS! (duh, that's what SHIPS are for :P)

Believe it or not, some people actually WANT others downloading their stuff for free. Heck, I found a website by a couple of musicians who were like "we don't care if you download our stuff. In fact, we'll make it easier and post all our CDs in their entirety on our website!" Need to find them again one of these days and buy from them just for that.

That and... yeah, the linux thing. And many others, none of which I can think of right now unfortunately.

I just love how everybody is always "ban ban ban" all the time. Like schools with various internet things. VOIP? Banned. Never mind it could be used for some kind of distance learning application. Chatrooms? Banned, even though if people took the time to learn how, they could set up a private room for just their students so they can keep in touch outside of the school day.

They ban them, rather than look at how they can use these things. And I wonder, how do they think kids are going to learn to use the internet responsibly if they just plain can't use it? I started using the internet at school before they started to block everything. I had the sense not to give out my full name before I was 18, and not to give away my address or anything like that. And I learned how to stay away from things I shouldn't be getting into by clicking around, actually stopping to read the descriptions in the search results, etc. Wasn't 100% foolproof, but if I got into something I shouldn't, hey, there's this nifty back button that makes it go away! WOW!

Granted, the do-it-yourself method may not work for everyone, but I had these things called parents that taught me how to use that gray stuff inside my head.