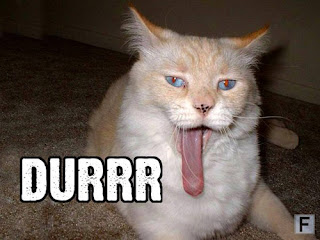 Where Do They Find These People??

I realize that I post on here about the local area far too often. However, sometimes something happens that you just have to share.

In a letter to the editor, someone asks when will the levies ever stop because they say they pay $300 more a year in taxes than when they first moved here (no word on how long they’ve been here, which is rather important).

Of course, we get the people going “no no no no no more levies!!!” and a few reasonable people saying that the public infrastructure (schools, libraries, fire, etc) needs to be funded and that’s done through taxes, because apparently some of these people think that there’s a magical money tree somewhere that the government gets operating funds from.

And then you have the guy who wrote that I’m going to paste here in just a minute. I wish I could say that he’s some weird lampoon, but there's a really good chance that the boy's for real because there are a lot of other people just like this who comment on the paper...

Finally, let me say that this is a direct cut and paste. I didn’t clean up anything, and I certainly didn’t make it worse than it was written.

“NONONONONONNOONONONNO!!!!!!!
These taxis are way to much! Seniors can hace a center but make it with a factory where the users make carvings and quilts that support it. They can wokr there till the center supports istelf.
As for fire and rescue, why don't they just charge people that use it? Don't want to pay? Don't set yourself on fire! Duh!
And the library. What do I want with a library? I already have several books and my kids dont red them anyway. Only in school cause court makes them go. People that want library are intellectil snobs.
Keep ballets free!!!”

“DONT MAKE HONEST WOKERS PAY FOR FANCY LIBRARY!!!!
I dont want anbd dont pay for grocery store at library. Whos fancy idea is that anyways. Im tired of being taxed out the ears for that snob place”

My head hurts. The library is a place for intellectual (actually “intellectil”) snobs? What ever happened to bettering yourself?

Oh, I forgot. We don’t do that kind of thing here. That might mean that you were acting better than you were.

Posted by James Hollingshead at 2:39 PM

I'd say I hope it's a joke.... but I have this sickening feeling it isn't one.

I think something in my brain just exploded.....