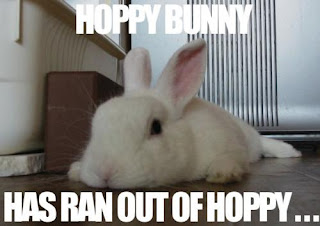 Ghost Town in the Dark of the Night.

Have you ever walked through a town at ?

In most places, at that hour, almost nobody is out. It’s like the entire population of the town has disappeared, swept away by some unseen hand. It’s a strangely serene, and at the same time, somehow unsettling, feeling walking though a place that you know in the daylight to be full of people, only to find it populated solely with the ghosts of society in the darkness.

At even driving is like being in some post-apocalyptic movie. The only other vehicles on the road are the occasional long-haul truckers which you can almost convince yourself are hallucinations produced by a mind wishing for company, screaming for contact with someone, anyone, and all you see is the road stretching out ahead of you until it reaches the black nothingness which your headlights fear to illuminate.

It’s like driving through a barren wasteland; especially when it’s snowing and all you can see is white until it merges with the black void beyond your field of vision, causing some sort of seemingly impossible change from one extreme to the other.

Of course it’s quiet. I mean, most “normal” people are at home in bed. The only people who are out are raging insomniacs, people up to no good, the occasional straggler from a bar, those who have to work 3rd shift and people like me who seem to frequently end up with our sleep cycles shifted by several hours for whatever reason.

(Though I will admit to occasional bouts of insomnia. Heck, there have been times when I haven’t managed to sleep for a few days or have only managed to get a few hours sleep over the course of a week or more. Thankfully those episodes are pretty rare, but they somehow find me wanting to clean and re-arrange the house in the middle of the night, much to the consternation of my cat.)

Why am I bothering to write this? Simple. Because it’s 3am and I’m sitting here, awake, and realizing that, for whatever reason, my body is not wanting to sleep at all.

In the past, in what sometimes seems like another life, I would grab my coat and go for a walk through town, possibly ending up at some all night restaurant or donut shop and watch the world go by. Heck, in college, I might even wind up wandering around town with a couple of likewise-afflicted friends.

Unfortunately I can’t do that here because there really don’t seem to be any of the aforementioned joints and dives that are open all night, and, truth be told, it seems like fewer people are out at this hour in this town than any other place I’ve ever been.

So, with that habit basically not an option (which, I have to tell you, makes me feel restless because, as odd as it may sound to some people, I really do crave the ability to wander), I tend to sit here and either read or write in the darkest hours of the night, waiting for my body to come to grips with the fact that it has to shut down for a few short hours.

Posted by James Hollingshead at 3:29 AM