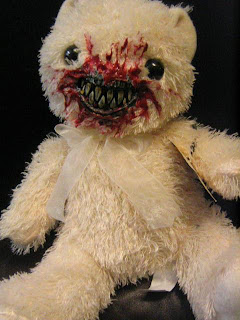 As an example of what I was talking about with regard to trying to make policy and law based on religion being a problem here, there is a story in the local paper about a small town near here that received a letter from the ACLU to stop opening their council meetings with a sectarian prayer because it gives preference to one religion over others.

Personally, I agree with the ACLU on this one. The locals, however, have a different view. Apparently telling them that they can't put themselves before everyone else is somehow taking away their "rights" and that the separation of church and state shouldn't apply to them.

"Intervention by the ACLU only adds to the problems of our country. Statistically, there are more Christians in America and it is time we become more of a voice instead of just a number. We need to take back our liberties and stop letting these extremists continue to stick their noses in where it don't belong, never did. To start, just as the Council in Greenfield does, we need to go to the Lord in prayer and earnestly pray for the people and organizations who want to take God out of everything. And I agree Just Dale about what you said concerning the ultra liberal candidate for our president. Truthfully, I'm still hoping there's someone out there better qualified than all of our choices, that will throw their hat in the ring!"

Posted by James Hollingshead at 11:40 AM