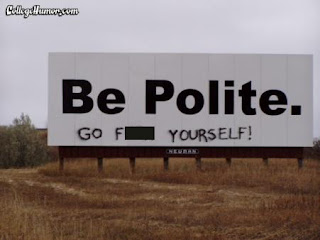 One whose passing I will *not* mourn.

I've never understood the whole "I don't want to speak ill of the dead" spiel. Just because someone dies does not give them a free pass against criticism that they deserve for their actions in life. My take on it is that, if you were a bastard in life, that doesn't magically change once you stop breathing.

That said, I have to note a death here that I, for one, will *not* mourn.

He was a man opposed to civil rights for anyone who wasn't just like him and a shame to the human race.

In fact, he had the following to say of the 1963 civil rights protests: "The Negro cannot count forever on the kind of restraint that's thus far left him free to clog the streets, disrupt traffic, and interfere with other men's rights."

This is the sort of man we're dealing with here, and his legacy continues in a similar vein during his entire career as a public figure.

Among many other things, he opposed desegregation, gay rights of any sort, and a woman's right to chose what to do with her own body. He even opposed the creation of a holiday for Dr Martin Luther King Jr, a man which most of us will agree tried to do more than a little good during his all too short lifetime.

He was notorious for using race not only in his own campaigns, but also the campaign of United States Senate candidate Willis Smith.

From wikipedia:
While working on the primary campaign against Frank Porter Graham, Helms helped create an ad that read, "White people, wake up before it is too late. Do you want Negroes working beside you, your wife and your daughters, in your mills and factories? Frank Graham favors mingling of the races." Another ad featured photographs Helms doctored to illustrate the allegation that Graham's wife had danced with a black man.

In short, I think the man was a piece of scum that should never have bothered the world with his presence. However, I am not the only person with an opinion on the matter as he is being lauded by members of his party as a great leader. Apparently they don't know what a great leader really looks like (but then, considering the person in the White House, I am somehow not surprised).

Personally, I find it fitting that a man who worked so hard to keep rights away from others died on the anniversary of a group of rebels standing up and saying that THEY deserved many of those same rights. We can only hope that at least part of the hatred, bigotry, and ignorance that Senator Helms espoused dies with him today.

Jesse Helms, you will not be missed. I am tempted to say that I hope you come back as a minority and homosexual born into a non-Christian family so you could hate yourself as much as you hated others and be subject to persecution by idiots like yourself, but that would just be petty. =]

Don't let the door hit you on the way out.

Posted by James Hollingshead at 9:45 PM