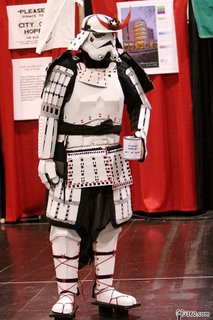 You know, I started thinking about random and assorted things today, and it occurs to me that I’ve worn a lot of different kinds of clothing. There is, however, one thing that I have never worn.

I have never worn a tux.

I have not, however, ever worn a tux. It’s weird, but with all of the situations that I’ve been in, none of them have been the place for a tux.

I realize that most of the clothing on this list will get some weird looks from most people, but there are reasons for all of it – I swear =]

Besides, you have never seen comfortable clothing until you’ve been in a set of fighting robes or a keikogi and hakama. I’d say the kilt was alright, but the whistles and “misplaced” hands were a bit much after a while. *chuckles*

Posted by James Hollingshead at 12:39 AM