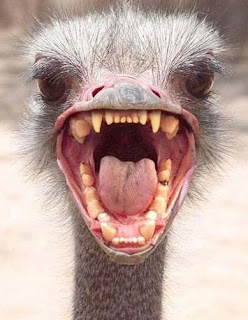 But we’re *supposed* to hate you!

Today, the local paper reported that one of the high schools in the area had a group which celebrated the National Day of Silence (an annual day of action in the to protest the bullying and harassment of lesbian, gay, bisexual, and transgender (LGBT) students, and their supporters.)

Personally, I support this sort of demonstration. I’m tired of people getting bullied and harassed for things like this.

The locals hit the roof.

There’s something you have to understand about this region. I know I’ve said it before, but this area is extremely isolationist. In addition, while there are many very nice people here (really there are), there are a lot of extraordinarily intolerant ones. Racism and hate of various groups is frighteningly common in this part of the state.

The really frightening thing, though, is the fact that, not only do these people feel justified in holding these views (and acting on them), but they try to claim anyone who opposes their hatred and intolerance is trying to repress their rights.

Take for example a very telling comment on the paper’s discussion board regarding the article (copied verbatim without any editing):

The pro-gay lifestyle people are constantly preaching tolerance for their way of life...yet don't believe in tolerance themselves. This area is a huge part of the Bible belt of the midwest. A lot of people here are God fearing Christians who take the Bible to heart. The Bible says that homosexuality is abomination before God. Your asking millions of people to disregard their core beliefs and values just so you don't get your feelings hurt. WHile you feel the names you throw around are hurtful..maybe the rest of us don't like the names you throw back at us. If you want to preach tolerance..learn tolerance yourself.

That’s right. This person, whose views on the subject are pretty much the same as a large portion of the population in the area, is saying that by not tolerating his hatred and disgust of gay people and the actions that he performs because of that hatred, we’re being intolerant of him (and his religion) and that we should let him do whatever he wants to whoever he wants.

Sorry, kiddies, but it doesn’t work that way. You don’t get to scream “but it’s my religion to hate gays!” (and if you try it around me, well, let’s just say that the consequences aren’t happy. Some of my very best friends have been/still are in the GBLT community).

Welcome to southern - where, if you’re different than we are, we’ll beat you with our Bible Belt and then scream that you hate Christianity because you try to stop us.

*slams head against the desk a few times*

Posted by James Hollingshead at 12:52 PM

Just couldn't let this one go... It is said when such an astute intellect as yourself makes blanket statements concerning people who interpret the Bible as being "haters". So sad, I personally have known thousands of such Bible believers in my life time and can honestly say that less than a handful are close to being the "haters" you basically lumped all strict Bible believing Christians into. Is true, the vast majority of these Bible believing Christians are against homosexuality, but they do not hate gays. Is also true the vast majority of these strict Bible believers are NOT rascists. Is incredulous to me, that being the intellect you appear to be, you'd have such a difficult time understanding a person can have strong disagreement with an individual and NOT hate them. As an additional bit of information, your blogs were recommended to me by a friend of mine... we both are life long residents of Southern Ohio. Keep writing... I enjoy the reading.

I never said that all people who interpret the Bible are haters. Quite the opposite since I've had several friends who were (or still are) monks and priests not to mention the non-clergy I've known who are Christian.

That's part of what disappoints me about the haters so much. I've known and been friends with people from a large number of faiths, and while I applaud their compassion and goodness, to their hate and bigotry I pay no homage.

If you re-read my post, you'll see that I am, in fact, talking about the vocal minority that thinks anyone different from them is evil. Sadly, in this area, they tend to be *extremely* vocal and not as rare as one might like.

The fact that they try to use their faith to justify their hate is one of the things that disappoints me even more.

Sadly, extremely vocal hatred based on race, sexual preference, etc is far too common in this area and is a recognized problem by groups such as the Southern Poverty Law Center.

I grew up around here, so I've seen both the very good and the very bad that this place has to offer. While it's true that the good almost always outweighs the bad, there's more than enough bad and that needs to change.

Thankfully, I think it is. Slowly, over the course of generations, but it is happening.

I'm glad you've only run into a handful. I honestly am, and I wish my experiences were more inline with yours. However, I've stopped counting because it started to get depressing.

Instead, I just try to affect change where I can.

I think one of the straws that broke the camel's back was seeing the mother of one of my best childhood friends all but disown him when he came out of the closet a number of years ago. He was the same person he had always been, but suddenly she went from loving him to hating him. It took many of us the better part of a year to even get her to talk to him again.

Faith isn't a bad thing. Using it to justify hatred and bigotry is.

I'm glad that you enjoy reading. Please feel free to keep commenting, and give my regards to your friend.