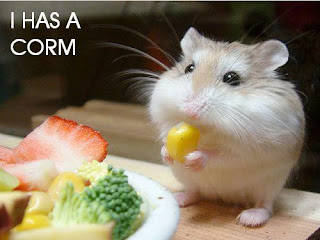 And Now A Message From Our Sponsors.

No, I’m not really being paid for this, but I know it’ll come off sounding like an advertisement. =]

I enjoy the occasional game. I never really got into most of the newer systems, though (I’m way too much of a casual gamer anymore), so I set up an entertainment center computer with my favorite older consoles on it (NES, SNES, Sega, etc etc etc).

I’d been using a Microsoft Sidewinder Pro USB game pad that I picked up ages ago (we’re talking like 8 or 9 years ago, so I more than got my money out of it) as the controller. Well, a few weeks ago, the D-pad started sticking, so I needed a new controller.

There were a couple of things that I didn’t like about the Sidewinder. First, the button configuration, while *great* for Sega games wasn’t so hot for Nintendo consoles. Second, the D-pad was at a bit of an angle, which made some games a bit more difficult.

Since I tend to play the Nintendo consoles more than the Sega ones, I decided to get an Xbox 360 controller from Joytech at the local big box retailer (Hey, it was $20-25 as opposed to the Microsoft one that was about twice that much and I’m cheap :P ) because the button setup is perfect for Nintendo consoles.

The D-pad sucks, but that’s okay because I’ve taken to using the stick anyway. It takes a little getting used to because the stick is insanely sensitive, but it’s an absolute *blast* to play Mario Kart with. =]

I think what I want to do is get another one of the Joytech controllers for player 2 on the Nintendo consoles and find a few more Sidewinder Pro pads for the Sega games, 3do, and keep a couple in reserve for backups.

In the meantime I’ll slide myself silly in Mario Kart and see if I can clean my old Sidewinder.

Posted by James Hollingshead at 11:56 PM