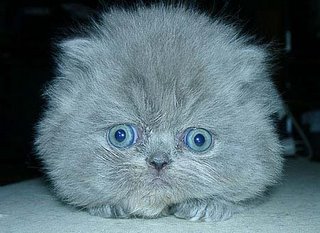 Of illness, deadlines, and freeradius

First off, I’ve been sick all week. I don’t mean a little sick. I mean curled up in a ball trying simply to breathe and not be completely overwhelmed by the pain in my stomach sick. That is, when I wasn’t running down the hall to the bathroom because of said pain in the stomach.

This is not a happy thing. The fact that we’re supposed to release issue 1 of the magazine in a couple of days kind of adds to this not being a happy thing.

I still have an article to write on freeradius.

Normally, I’m not one to leave things to the last minute. In fact, I tend to like to get stuff out of the way as soon as I can. However, I realize that I have trouble forming cogent sentences when I am in that much pain, let alone being able to write an informative article on something I haven’t done previously so I decided to try and wait until I felt a bit better. (The cleaning in the previous post was really just kind of “put clothes away” sort of stuff).

Okay, so I have to install, config, and write about freeradius. Shouldn’t be a big deal.

Murphy, his friend Macheivelli, and his favored tool, the cosmic sledgehammer pay me a visit.

Freeradius has a package in yum. Great. Yum install blahblahblah

So far so good.

Time to test it.

Okay, time to look at the config files to make sure they’re right.

They look okay as far as I can tell.

Let’s try this from source then.

Get the source package and try to install it that way.

What do you mean you don’t want to install?

Several hours (and many googles) later, I’m still basically where I started. Well, that’s not entirely true. I know several things that don’t seem to be the problem now. I also feel like crap again (I was starting to feel better today).

I’ve never had this much trouble setting *anything* up before (and this is coming from someone who has not only spanked linux on occasion but also been involved in the migration of several windows servers, one of which was running exchange), so it makes me think that it must be because of the fact that I’m still sick so I’m missing something.

So, I send my boss a HELLLLLP email (and probably the longest one he’s ever seen from me) because I believe he’s set up freeradius before and can tell me what the heck I’m doing wrong since my head is still a bit cloudy due to illness.

Good grief I hope this doesn’t push back our release date. It better not, or I’ll be even less happy than I currently am.

Current mood: sick and stressed out, or, to put it more colorfully, I’m so happy I could slit my wrists.
Current music: none.

Posted by James Hollingshead at 1:09 AM

*hugs* Well aren't we both having a sunny happy week?