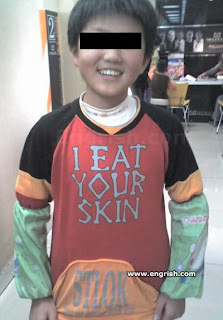 I Think I’ve Lost It.

Ever have one of those dreams that cause you to wake up and wonder what the heck the sandman was smoking when he dropped off your nightly shipment of pixie dust?

Yesterday was one of those, and I have to say that he must have some really good stuff in his private stash.

I can just picture it. A very high sandman staggers into my bedroom with bloodshot eyes, smelling of herb, and says, in a bad Jamaican accent, “hey, mon, you’ll never believe what I got for you tonight. *giggle and coughing fit*. By the way, got any Doritos? I’m hungry.”

It involved zombies. Lots and lots of zombies coming out of some cave, and I was fighting them along with a bunch of other people, some of which I know in reality, some of which I don’t (seemingly generic people).

You heard me. I was fighting zombies with Mr. T.

Don’t blame me. It wasn’t my dream. It was the fault of the stoner sandman. Honest.

Unfortunately, Mr. T was not as tough in my dream as he is on TV and did not fare well against the zombies. His age must be catching up with him because they ended up bringing him back to the base with half his butt missing (don’t ask me. That’s just how it ended up, no pun intended.)

That’s when I woke up – from a zombie dream featuring a half-assed Mr. T.

I was afraid to even try to go back to sleep because I knew if I did, the dream would just resume.

Current mood: I don’t even know where to start
Current music: Curve –

Posted by James Hollingshead at 11:19 AM