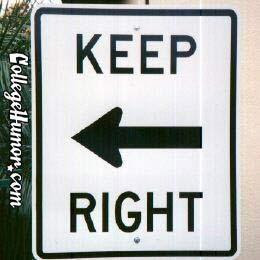 I don’t agree with a lot of what Joel Spolsky says anymore. Granted, he still does pull off the occasional really good article, but it seems like most of his writing anymore is just saying how great he is.

His latest article on Architecture Astronauts looked like it was going to end up being one of his decent works when I started reading it. Unfortunately, the first part of the article was a smoke screen.

The real topic of the article?

Joel was whining that Google and Microsoft are buying up all of the decent CS graduates at good salaries and he just can’t compete.

He throws in a bunch of other things to make you think that isn’t the real topic of the article, but that’s what it boils down to – Joel is upset because he has to compete on a salary basis with Google and Microsoft because he wants the same sort of people that they hire.

I love his complaining that the Goog and MS are giving recent grads something that’s getting sort of close to 6 figure salaries.

I know that sounds insane if you’re looking at it from the point of view of the average salary here in , but let’s think about this for a second.

Google is located in one of the most expensive places to live in the country.

The area isn’t exactly cheap either.

If you think about it in those terms, that salary doesn’t seem so outrageous. In fact, buying power wise, it’s probably about the same as you’d be getting here with a couple of years of experience. Granted, that isn’t *right out of college* for most people, but it’s pretty close (and some of us had several years of experience before we graduated because we worked our way through school).

Joel’s company is located in NYC.

If you want to have lower salaries, do what Eric Sink did and locate in the . However, part of the sales pitch Joel gives for his company is the fact that it *is* in NYC and how that means that there are so many things to do.

I have no doubt that the man is intelligent. He wouldn’t have been able to get as far as he has if he weren’t smart. However, he’s being far too ego driven now and that leads to a lot of stupid mistakes.

He’s buying into his own cult of personality and thinks that people should want to work with him just because he’s him instead of realizing that good people cost money no matter who you think you are (especially in expensive areas).

After all, we want to be able to do things like eat, pay the rent, go out and do things, etc.

Personally, I view the “salary problem” he is citing as a somewhat positive sign. It means that the market may actually be improving somewhat.

Posted by James Hollingshead at 2:34 AM