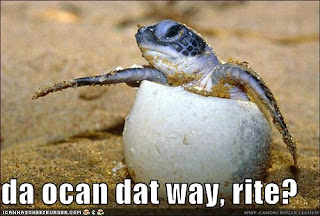 
Have you ever noticed how hard it seems to be to get going on something?

Frequently, it doesn't even seem to matter what that something is; just that you aren't doing it right now. I mean, once you actually get going, it tends to be pretty easy to just *keep* going, but getting started is like trying to push a boulder uphill.


Your brain always seems to come up with a hundred other things that you could be doing even though you know that you need to do what you're trying to get started. Heck, sometimes mine even goes into the "eh, we'll do it later" or even "what's the point" argument.

It's a real pain in the butt to fight that. I think it's worth doing, though even if (or probably because) it isn't easy.

Posted by James Hollingshead at 1:51 PM