Posted by James Hollingshead at 1:36 PM No comments: 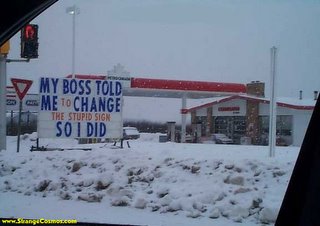 Well, the 24-hour long migraine seems to have ended though I still feel a little under the weather. 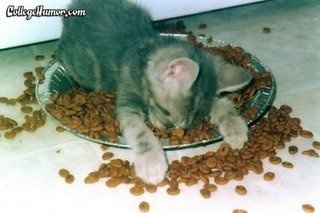 My body seems to have decided that I need a break from studying basically non-stop. All I can say is that eye-busting migraines really suck and I’ve had this one since 2am.

About the only useful thing I’ve done all day today is re-install the visual studio package (which is several hours of waiting around because the dvd and hard drive are on the same ide chain on a laptop).

Hopefully I’ll be better tomorrow. Until then, it looks like a day mostly composed of bed rest and anime played at a low volume.

Here’s to hoping that my eyes don’t explode.

Posted by James Hollingshead at 12:48 PM No comments: 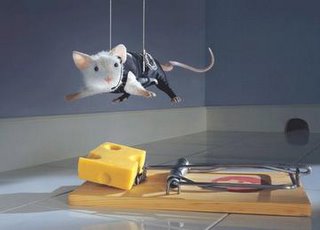 Well, it seems that my work with the magazine has been a positive influence on my new job search. Go figure.

I still really want to hear back from Google =]

However, if any of the people who read this blog (and judging from the stats, there are more than a few who do) know of any companies looking for a full-time software developer in the United States, please feel free to get the two of us together. Ohio area jobs would be preferred, but I am open to relocating for the right position.

My resume is hosted at jameshollingshead.com (you can just use the link to the right).
Posted by James Hollingshead at 10:56 PM No comments: 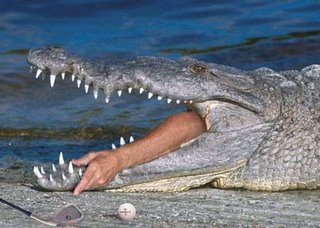 Snippet from a newspaper along with my smartassed commentary:

MOSS BLUFF, Fla. (AP) --
“A man accused of fatally beating his roommate with a sledgehammer and a claw hammer because there was no toilet paper in their home has been arrested.”

Imagine getting beaten to death with a roll of toilet paper. That would take a bloody long time unless you soaked it in water and froze it first.

*bap*
Dead yet?
No?
*bap bap bap bap*
Now?
Still not?
Bloody hell. Wait here while I freeze this damned thing.
Give me an hour or two
(a soaked roll of toilet paper, a freezer, and a couple of hours later)
*WHACK*
There. Now we’re making progress.
*WHAM WHAM WHAM*
Finally!
I knew I should have used the 4lb sledge. This could have been over hours ago…
Posted by James Hollingshead at 10:32 PM 1 comment:

Posted by James Hollingshead at 12:21 PM No comments:

Posted by James Hollingshead at 7:59 PM No comments: 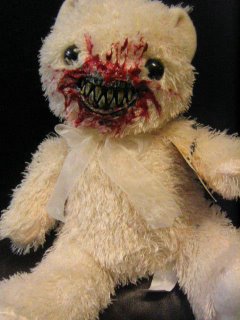 The magazine, while being read by a great deal of people, is not bringing in the ad revenue we expected. That being said, I’ve started looking for a new full-time position. I’m still involved with the magazine. It’s just that I’ve greatly reduced my responsibilities.

That said, I was getting ready to start talking to my professional contacts in order to find a new gig when my alma mater emailed me about a career fair that was happening on Wednesday.

Great. I’ll prep for that too. If nothing else, it means more contacts for me. If it works out, maybe an interview or two.

Fast forward to the day after the fair. I have an interview scheduled on campus with a smallish company in Columbus. I’m not going to tell you the name of the company, but let’s just say that they’re based in Worthington, Ohio and do “Ecommerce marketing and development, search engine marketing (search engine optimization), and ROI analysis”

The development is for Law offices and online stores. Not that I’d drag the name of the company through the mud…

Anyway, back to the story concerning the un-named company.

I get to the interview a little early and wait around. I am kept waiting 20 minutes past the scheduled time. This alone annoys me to no end and I usually walk away from interviews after being kept waiting 5-10 minutes after the scheduled time unless I am given a very good reason. However, the little voice in the back of my head suggested I stay, so I did.

I’m glad I did. It may be able to save someone else the trouble in the future.

The first minute or two was normal small talk. Questions about the magazine follow. Immediately after that, she states that part of their interview process is that you have to complete a 10 hour project for them complete with documentation before they will even consider hiring you.

You heard that right. They required that candidates work, for free, on a ten hour project that one of their clients pays them for before they will consider hiring that person.

This is highly unethical. So unethical, in fact, that most HR people who even suggest it at a reputable company are promptly fired.

I informed her that this was an unethical practice and she responded quite icily (and in a fairly hostile manner) that if I had a problem with it, perhaps I should look somewhere else.

Finally, there’s something that the two of us agree on. Though I find it extremely amusing that, when confronted, she didn’t back down but instead tried to bully me into doing it (or into thinking that this is a common industry practice).

I went elsewhere. The elsewhere happened to be my laptop where I composed a letter to the Career Services office of my alma mater informing them of the company’s unethical (and, one could argue, borderline illegal) interviewing practices, pointing out that it was even more despicable because they were trying this on a group composed mostly of exiting seniors who wouldn’t know that this wasn’t a common practice.

Why they tried this with me considering that I have a two-page resume, is beyond me. Maybe she thought I’d be dumb enough to fall for it.

Please enjoy not getting any more workers.

At first, I was annoyed that I had that interview, but then I realized that it was probably better that I have it rather than someone completely wet behind the ears. With me getting it, I am able to inform others and warn them off. Someone else might have fallen for it.

In an additional twist, while composing the email to the career services office, I received an email from another company that was there on Wed which was interested in interviewing me the next week. 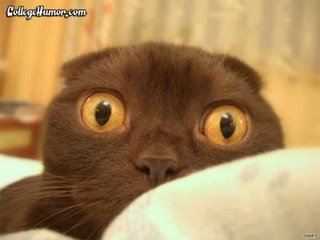 *rummages through the closest and pulls out his dungeon master hat, wrinkled from years of disuse*