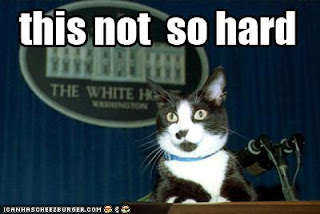 Courtesy and Professionalism – Cheap but Priceless

Yesterday, David Giard (DavidGiard), tweeted “Personally, I don't [think] there's enough courtesy in the world. 'Please' and 'Thank you' take seconds and cost nothing. If sincere, they only help”

This is a sentiment that I agree with strongly. A little courtesy and professionalism can make all of the difference between someone who really looks forward to interacting with you and someone who locks the doors, turns off the lights, and tries to be very quiet when they hear that you’re in town.

Courtesy can turn a bad situation into a tolerable or even decent one.

For the business people out there, this has an impact on your bottom line even though you may not realize it. The fact is that your customers, employees, and prospective employees talk to people, and the impression you make on them really matters.

It doesn’t matter if the person you’ve interviewed is the worst possible candidate in the world. He or she knows someone who is a *great* fit for your company, and if you treat them poorly, their friends *will* hear about it and will be less likely to want to speak with you.

Additionally, peoples’ skills change regularly (especially in this industry), and in six months, the person you treated badly may be the *perfect* candidate for your company and they’ll never want to deal with you again.

If you think about this sort of thing, it should make you want to be polite to everyone you deal with.

It’s no secret that, in the last month or so, I’ve really ramped up my search for a full time development position. In fact, among other places, it’s all over my twitter feed.

Thankfully, I have a bunch of great people in the Columbus area offering advice and assistance, so hopefully I’ll be settled into a new position relatively soon. As a result, my experiences this time around have been rather pleasant.

This, however, has not always been the case. In fact, there have been a number of interviews that have been anything but.

With some, the people were decent, but the environment was not exactly conducive to getting things done – the interview that was conducted during a building expansion project comes to mind. It came with its own orchestra composed of power tools – saws, drills and even an entire jackhammer section.

True story. There was actually a wave of applause from the developers the length of the building every time the guys using jackhammers went on break. It was crazy.

With others, the environment was decent, but the people were, honestly, less than friendly. They treated interviews as though they were interrogating a prisoner. It was obvious that they had no respect for the candidates they called in (or at least for me. I can’t speak for anyone else) and had the main goal of either impressing the “candidate” with their vast knowledge of technology or trying to get the candidate to hide under the desk.

I actually took the opportunity at one of the abusive interviews to see how far I could take things into the realm of the absurd (hey, the interview was in Cleveland and I had driven three hours to get there. I wanted *something* out of it, even if it was just a little surrealist entertainment).

The sad thing is that I honestly don’t think I found the bottom of that particular rabbit hole.

In the first case, the experience was made better by the fact that the people I dealt with were great for the most part and I’ve spoken well of the company in question to other people in the area who have expressed interest in it.

The second case is a whole other matter. I forget the name of the company now, but at the time, everyone I knew in the field got a pretty full report on them just because it was *that* bad (they had even lied to me about the position I was interviewing for).