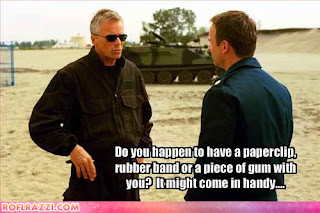 I’ve been tempted to do this for a while, but have resisted until now.

Once upon a time (2005-2006 to be more precise), I was the executive editor of an open source enterprise magazine called o3.

It was an interesting trip and I got to speak with a lot of cool people because of it. Unfortunately, it didn’t work out.

The readership was good (500,000+ people in over 140 countries not counting the numbers from the internal distribution at IBM, which I don’t believe we ever got), but the ad revenue just wasn’t there.

It was sort of a classic catch 22 – the advertisers didn’t want to pay until we’d been around for a not inconsiderable amount of time, but I couldn’t exactly keep going without getting paid since it took up so much of my time. Sadly, this sort of thing happens in life.

You learn from experience and try to come out better for it on the other side.

What does this have to do with anything, you ask? Well, I’ll tell you.

The magazine has finally been declared officially dead.

It’s been rather zombie-like for quite a while (the site even disappeared for a few months at one point), but every time I thought it was all over, there was some new stirring over there. Now, however, it has been stated that the company that bought the magazine isn’t going to continue funding.

On its twitter feed, it was stated that, while the site was not going to be updated, it was going to remain online. However, given its past disappearance and the fact that the site, in my personal opinion, looks *horrible* after the redesign, I’ve decided to host the issues of the magazine on my site.

This is, largely, I think, just to prove that it really existed and that I had a part in it instead of it simply being an entry on my resume and a couple of pdf printouts of the articles that I authored.

So, with all of that said, if anyone actually wants to see the magazine issues, you can look under the “Writing” section of my site for the link, or you could just click here =]

It was released under a Creative Commons license, so feel free to pass it around to your friends if you want.

Posted by James Hollingshead at 7:13 PM No comments: