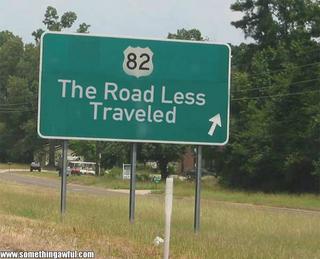 This is just strange. I’m actually giddy about going to LinuxFest tomorrow. I believe I have everything together, though.

Columbus driving directions (I really suck at navigating that city, but then so do a lot of people who live there), ample copies of my resume, etc etc. Even a fresh tin of Altoids =]

I feel like I’m going to the world’s largest, weirdest free-form interview with speakers and a raffle.

Hopefully I'll have fun, learn some new things, meet some new people, and maybe get an offer or two of the job sort.

One thing’s fairly sure, though. It’s going to be a looooong day. Up at 5am and probably not home until midnight or so. heh 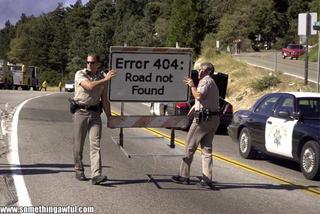 I admit it. I read Slashdot. It occasionally has interesting articles. Most of the time it’s fluff and rah-rah, but spending five minutes skimming the headlines for something interesting doesn’t really put me out anything. If the article is worth reading, I might even comment.

That said, I’ve gotten used to trolls on Slashdot. I usually look at them as being mildly amusing even if they are occasionally a little frustrating. Today gave me a troll that was rather novel.

I’ve never had someone troll me because of my resume before.

You read that right. Someone went to the trouble of going to my website (which is listed in my profile on /.), looking at my resume, and trolling me on a story that I had posted on.

His comment was that my resume sucked (his word) and started giving me “reasons” why, so I decided to feed the troll (not something I normally do). I refuted all but one of his claims (the one was relatively accurate, but moot) and gave him an indication of how his comment was received by my friends in the field (a couple of whom were tech managers and actually helped me with the resume).

Hey, give me a break. It amused me, and I felt that it was serious enough to defend a bit. Besides, I’ve been in bed most of the day with a rather nasty cold-like thing so I haven’t really been in code mode.

He responds to my response, saying that I don’t know what I’m talking about because he makes more than me (not a claim I am prone to believe on that forum unless I actually know the person. Always take everything there with a half-ton of salt) and that the people I referred to didn’t know what they were talking about.

The most amusing point, however, was that “when he’s flying through resumes” (again, I take a considerable amount of salt with his claims of being a hiring manager) he almost never finishes reading them. This point was brought up because I have a tagline at the bottom of my resume pointing to my site for examples of things I have done in the past.

What’s amusing about this?

Some of the things he brought up weren’t on the resume section of my site. They were in a couple of completely different sections. All this during normal business hours provided he’s not in Europe or Asia. Quite a bit of effort for someone who never finishes reading resumes is it not? 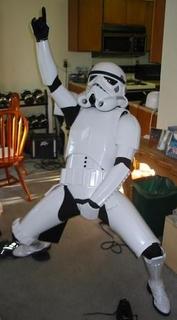 Ah, the things I get to look forward to this weekend.

LinuxFest this Saturday should see me having a nice day out of the house, learning interesting new things, meeting cool people in my field, and (if all goes well) possibly getting the interest of a company or two. I’d be cool with the first two things on that list, but getting the third one would just be really great.

The second big thing that I’m looking forward to is the opening of Serenity. I’m a fan of the show (the network officials should be shot for canceling it) and I want to see this movie. The fact that I’m madly in lust with Summer Glau (the person who plays River Tam) doesn’t help.

I admit it. When it comes to her, I’m a fanboy. There’s just something about a beautiful, bendy woman with a sword. (what do you expect? I *am* a martial artist, after all). I promise I won’t drool too much. 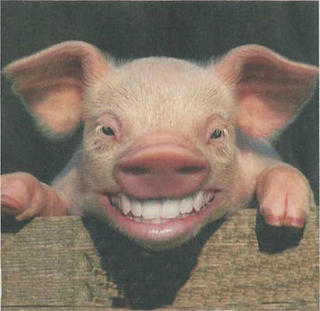 Having kicked the funk mentioned in the last post, I think I have actually started to accomplish a few things. Add to that the fact that LinuxFest is in a couple of weeks and my mood has improved a bit.

I’m rather looking forward to LinuxFest. It’s a chance to get out of the house, possibly learn a few interesting things and meet other people in my field.

Before you start thinking I’m a Linux zealot, I’m not. I’m more of a “right tools for the job” person. I’ve used DOS since version 3, pretty much every Windows variant out there, Solaris, Mac (before OSX), various flavors of Linux, and assorted and sundry other things. In fact, at the moment, I primarily use the Windows partition on my laptop because the wireless card that I have isn’t supported by Linux.

But, to get back on track, I am looking forward to the 1st of October. Hopefully it will be an enjoyable day and possibly bring the chance of finding a full time position with a company since most of the people there will be technical and not the HR people who like to block me because I don’t have the right mix of alphabet soup and don’t want to lie on my resume. =]
Posted by James Hollingshead at 8:12 PM No comments: 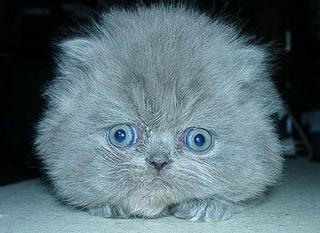 For some reason, I've been feeling a bit sad and overwhelmed lately. Rather like the kitty looks, actually. Hopefully the funk won't affect my work and things will improve in a day or two. It just seems to be one of those days.
Posted by James Hollingshead at 11:00 PM 1 comment:

I am SICK and TIRED of hearing people compare this to 9/11.

9/11 was a few blocks in one city. This is hundreds of square miles. This is a disaster that will breed other disasters (disease carrying insects that breed in stagnant water, disease, starvation, dysentery, and all manner of other things).

By comparison, 9/11 was a walk in the park. I fully expect the real death toll to be in the neighborhood of 50,000 or more by the time it’s all over (counting the deaths from the hurricane as well as from the disease, starvation, violence in the city, etc). We’ll never see these numbers of course, because the government has this habit of not counting the people who are “missing” (this was a big problem in Viet Nam) or the people who don’t “officially” exist – such as the homeless in the city and the residents in the bayou who don’t pay taxes.

Get over your 9/11 obsession because a lot of us are sick and tired of hearing about it. There are other things in life that are a lot more important.
Posted by James Hollingshead at 3:10 PM No comments:

I am happy to have gotten word from a friend who lives (lived?) in New Orleans. He, his wife, and the dog are all safe and staying with relatives. They said they expect to find nothing in their house when they return, but seem to have gotten all of the important stuff out in time.

Having said that, it’s time for a series of short gripes on the situation in New Orleans.

The president has refused offers of foreign aid. Ask yourself why.

The National Guard has actually been keeping people from receiving supplies of food and water. Instead of dispersing it to the people at the bridge (which is where they were told to gather in order to be bussed out of the city), they guardsmen instead throw the crates of supplies off the bridge to the ground below, destroying much of it. An effort was attempted by the people there to offer carrying the goods to the people below. They were met with leveled rifles and told to stand back.

In the city proper, water was dropped off on the streets near National Guard units for the relief of the people and again, they were met with leveled rifles when attempting to retrieve said water.

The people at the bridge are being ignored by the busses which are transporting people out of the city. With this in mind, some of the people have taken to attempting auto theft in order to get people out of the city. The theft has been met with little resistance except, apparently, it the upper class neighborhoods which are, from reports of people there, patrolled by SWAT teams.

The police have been one of the largest groups of looters in the city (and I don’t just mean taking food and supplies, but things like big screen TV’s and breaking open ATM’s and safes). It looks like the motto is now “To protect and serve…ourselves…to your stuff”.

The greatest part is how the politicians (especially our Commander-in-Chimp), are all congratulating themselves on a job well done in taking action, only to say that things “could have been better” (paraphrase) when they were nailed to the wall by absolutely pissed off press members.

Now, I realize that things can’t be done overnight. However, they knew the storm was coming. They knew there would be problems, and still it took them days to activate units.
Posted by James Hollingshead at 2:05 PM No comments: