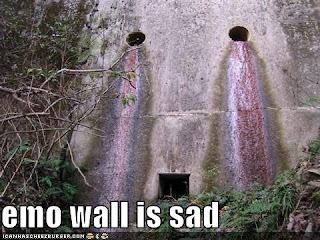 Events of the past few weeks in the technical arena have caused more than a little reminiscence on my part, because they touch on things that sort of helped shape my technical adolescence.

When Jeff Blankenburg asked on twitter how Java developers felt about the move (I have also been a Java dev on top of it all, alternately swearing at and by *that* product as well – there’s a lot of swearing involved if you haven’t noticed. Heh), I said that it sort of felt like the end of an era.

I didn’t feel like it was the end of an era because I thought Java was doomed. Oracle really likes and leverages Java, so that wasn’t a big concern. In fact, I was more concerned when they started moving Java to open source because I know what fork hell can do to a project if you aren’t lucky.

The reason it struck me so deeply was because I cut my collegiate programming teeth on Sun hardware running Solaris. I have fond memories of being in the Sun labs at OU - cranking out code (generally in xemacs, if you really care to know), chatting with my friends and classmates, alternately teaching them and learning from them, and generally causing trouble.

What came to my mind were the late night coding sessions (the labs were one of the only academic areas that never really closed, and if we found the doors locked, we had the go ahead to call the prof who eventually became the dept chair to open them), leaving quotes on the blackboard that covered one wall, and the 2am call to Papa Johns one Saturday to order half a dozen pizzas.

For some reason, the guy who answered the phone at Papa J’s thought it was a prank. He argued with me even when I offered to pay in advance. I finally got in touch with the manager, who, it turns out, was covering for the normal night manager and recognized me from all of the orders I placed at the Center for lunches (we tipped *really* well. The drivers used to fight over us.)

The manager sent the guy who answered the phone on the delivery run and included several free two liters of soda as an apology for the treatment. (Don’t worry. We were nice to the guy. After all, it *is* weird being the only academic building open 24/7 on campus.)

As for the quotes on the blackboard, some of them ended up generating entire written conversations over the course of multiple days. My favorite to post during finals week was “If you wish to drown, why torture yourself with shallow water?”

These are the sorts of things that *I* associate with Sun – learning, camaraderie, occasional crazed nights bug hunting, and generally great times in the academic/professional sense. So, like I said, it seems like the end of an era and I feel kind of sad that Sun may not be Sun anymore after this.

I haven’t even touched a Solaris box in a few years, but I still feel nostalgic. In fact, as silly as it may sound, If I get stressed while working on code, I try to picture myself in my favorite lab and it tends to relax me and cheer me up a bit.

The second event of the last few weeks stirred up its own set of feelings as well.

What event, you ask? Today, I found out that Geocities is officially dead.

Now, before you all gag and wonder why I would miss Geocities of all things, keep in mind that I was on it when it was really about the only option for free web hosting out there. We’re talking probably 1996 or 1997.

A few of my friends and I had sites there. One was in CapeCanaveral, one in Soho/Flats, one in Hollywood, and I was off in Tokyo/Tower (yes, I was off in Asia even then heh). We’d had computers for several years, but this was one of our first trips out into the internet as participants instead of mere spectators (largely because none of us had modems at home at the time. Hey, it *was* the mid 90’s after all).

Geocities may not have had as large of a direct influence on my life as the Sun labs at my alma mater or, say, #dalnet (which, if that ever disappears, I may well cry), but it still means quite a lot to me.

It sounds trivial, I know, but it really helped to get me interested in a lot of other things, and for that, if for no other reason, I will miss it. After all, we think things on the internet will be around forever (and in some sense, they may), but all too often they are lost to time or at least lost in the noise.

It is for that reason that I want to take my hat off and pay my respects to the newly deceased Geocities and the changed Sun which will continue from this day forward. While I am at it, I would also like to pay my respect and give my thanks to all of those people who have helped me along the way, both in person and out across the ether as well as those who will help me in the future.

I promise that I will try to pay it forward.

Posted by James Hollingshead at 11:59 PM No comments: