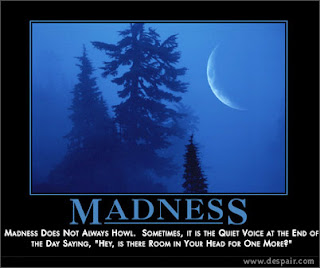 Honestly.  I’m still somewhat alive.  It has, however, been a long winter.

There just hasn’t been a lot of time for blogging.  On top of writing code and interviewing, this winter has been a series of injuries (mostly weather related) and illnesses for me and Karyl as well as dealing with the standard stuff around the house.

The last time I can think of that we spent any real time out just relaxing was the day we had lunch with Jeremiah to wish him well before he moved and that was at the end of January.

I’ve been that busy.  We both have been, really.  To give you an idea of the level of insanity, K’s parents live just down the road and we almost never get a chance to see them.

I haven’t really even had much of a chance to go out and wander around snapping photos (hey, it relaxes me).  Most of the things on Flickr since the end of November have been of things in/around the house, photos of a CONDG meeting or were taken while we were running errands.

I actually posted some photos from my first digital camera earlier this month because I haven’t been able to take anything new.

One of the many downsides to being as busy as I have been is that I don’t exactly feel motivated to write anything of any real length.  I’ve been posting on twitter, but that’s about it.  Every time I’ve had an idea for a blog post, I’ve gotten bogged down with other things and then lost the inspiration to write, or, if I did write, it felt too forced to post.

There have been a number of times when we’ve decided that we should try to get someone to pay us to do a study on human hibernation, but we didn’t think anyone would go for that.  Besides which, if you consider what going to the bathroom after waking up is like, I can only imagine how bad it would be after sleeping for months on end.