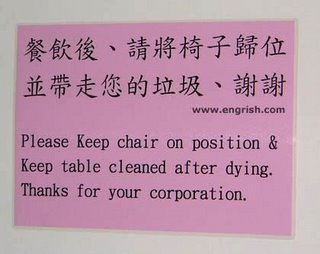 I had a bad day on Thursday. Generally, this is not a noteworthy thing, but this time the bad day happened to fall on the same day as a phone interview with a company I want to work for.

My brain was refusing to work on some things that I don’t generally have a problem with. Despite that, I still managed to answer a fair number of questions correctly.

Then came the fun part – I was given a small programming task to complete after the phone call. He gave me an hour with instructions to email him if I needed more time. (It’s at this point when a friend of mine and I both have the reaction of “an hour? This should not be about an arbitrary time limit, but rather about whether or not the code works.” Oh well. It’s their world.)

So I start by coming up with an algorithm to take care of the problem and then start to write the code. My old friend Murphy decides to stop by – the noise level rises, people start vying for my attention, and best of all, Eclipse grinds to a halt. We’re not talking about the IDE slowing down for a completion list. No, it just randomly started grinding to a halt while I was typing, stayed that way for several seconds and then the characters that I typed would finally appear.

I had never had this problem with an IDE on this machine before. Fine, I’m going to cheat – time to restart the laptop. A reboot later and it’s still doing the same thing.

I email that I’m going to need more time and get back to fighting with my IDE. Fast forward a bit. Okay, now the code’s finished. Run it to test. Aaaaaaand there’s a bug.

That’s it. I need a break. Email and say I’m grabbing dinner before finishing because I ran into a problem. Come back afterward to find a response saying that was okay, but he wanted to see what I had already. Oops. Too late for that now.

Okay, so I can’t use the debugger because my laptop is being a pain. I’ll be silly and use printline statements since I don’t have much of a choice.

Five minutes later, the problem is found (infinite loop due to my accidentally skipping something), fixed, the code is cleaned up, and it’s emailed off.

Somehow, though, I still think the time thing is going to work against me because I didn’t get the email message. Oh well. If it does, it does. If it doesn’t, we’ll see what happens.

The next day I found out why I was having a bad day – I woke up sick, and I was sick all weekend.

Posted by James Hollingshead at 10:11 AM No comments: 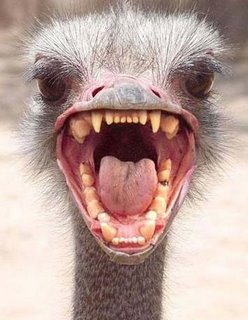 Some of us are far too spoiled for our own good. We don’t generally have to worry about things like where we’re going to find money to pay our bills or to buy groceries so we can eat. Let’s face it. A lot of the people who read this can probably even do something like buy a new computer every year just to get a faster model without really worrying about the dent it makes in your wallet.

It’s a nothing to us – just a little bit higher on the ladder of self-indulgence than, say, stopping by the local coffee shop every morning for a late`.

This isn’t the problem. The problem comes when we think that the rest of the world is the same way just because we have never seen actual want.

Here’s a newsflash for you – not everyone is that well off.

I’ve only been around for about 26 years, but in that time, I’ve traveled within the United States a fair amount and met a whole lot of people from a great deal of different backgrounds. Some of them made six figure salaries and some others consistently wondered where their next meal was going to come from.

That’s right, folks, some people don’t even know if they are going to be able to afford to eat that day. Suffice it to say that a new computer is just a little bit out of the question, and before you say something stupid, they deserve the same access to things which could help them better their situations that everyone else does. I’d even go so far to say that they may need it a little more precisely because of their dire situation.

Yes, some of them got themselves in that situation. However, a lot of them arrived there either from birth or because of circumstances beyond their control. You’d be amazed at how much of life is out of your hands (as well as just how “economically depressed” a region in this country can be. Economically depressed? Forget the political talk. Let’s call it like it is – some areas in this country, and in almost every other country on the face of this ball of rock, are downright POOR). They deserve a shot to get themselves into a better situation. If it was you in that position, you’d want the same. Some of you would even try demanding it.

I admit that I sometimes have an entitlement moment. They aren’t frequent, but they do happen, and I feel bad about them later. On the whole, most of the things that matter to me are friends and the things in life that you can’t necessarily hold in your hands. As long as I have my friends, the money to pay my bills, decent food to eat, maybe a little extra money to play with, and people aren’t trying to kill or maim me (don’t laugh. It’s happened.), I tend to view life as being pretty good.

Do us all a favor. Try not to take what you have for granted. Even more importantly, don’t look down on people that are less fortunate than you are. They’re people too. Be a decent person and try to even help out a little if you can.

The thing that spurred on this little diatribe? Slashdot, as usual. One of the people there made the rather asinine comment questioning why the Linux community would want to have people in it who still use hardware that runs Windows98 and said that such people were technologically backwards and should simply upgrade to newer equipment.

He even got moderated up until I commented and he started getting marked as a troll. 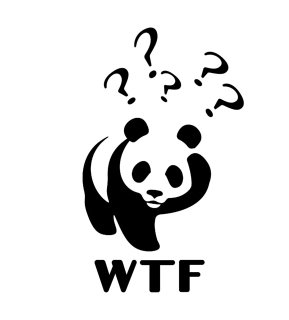 While looking at Coding Horror this evening, I ran across his latest article in which he outlines the requirements for Windows Vista RC1.

This is probably the first time to date that I have ever uttered this on my blog (and only one of about a half dozen times at all) – OMGWTFBBQ??!!

(The really weird this is that spell check does not object to that… it red flags “blog” but OMGWTFBBQ is, apparently, alright. That’s just funny.)

512 RAM just to boot it up with 1GB recommended?

I have a fully functioning Linux environment (including network, coding, and office utilities) running in less than 8GB of hard drive space (part of the 10 is taken up with swap and profiles) and my Windows install with all of the tools that I use on a regular basis (compilers, office programs, email, etc etc etc. Even a few games) only takes up about 15GB total.

That’s windows, 3rd party programs, and everything (not including the portion of my CD collection that I keep ripped on my computer). For Vista, that would just cover Windows and then I’d have to add in everything else.

That’s just excessive. I mean, I realize that Windows Vista is going to be a little more resource intense – XP was designed for systems that were made six years ago, but still. That’s one heck of a jump.

From what I’ve been reading so far, Vista isn’t really even that much of a step up from XP. It’s mostly just eye candy and yet more applications that I probably won’t use. They started carving off the really interesting parts of the package as they slipped further and further behind.

I just can’t see myself using Vista unless it comes on a new computer that I buy and even then, I might just end up getting another license for XP because of the resource requirements.

I’ve been hearing similar things from a lot of people.

Current mood: tired
Current music: Echo and the Bunnymen – All in your Mind
Posted by James Hollingshead at 2:19 AM 1 comment: 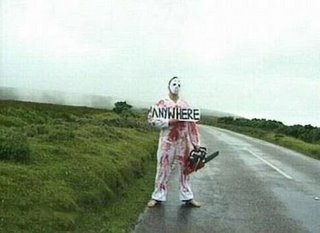 I’ve had a nearly incurable wanderlust since I’ve been a kid.

I’ve literally grabbed a couple of day’s worth of clothing, a few hundred dollars, and driven off with no more of a plan than to see the sunrise over the mountains or run off to the beach (about 10 hours away) for seafood and to spend some time around the ocean.

I could even comment about having jambalaya for breakfast in New Orleans. (now that was a nice trip.)

It’s always just been a part of who I am. I have this love of new places and faces. It’s lead to meeting a lot of interesting people and being in some great (and some not-so-great) situations.

Thankfully, I’ve always managed to get through the rough spots with a little help from random people.

I wouldn’t give up those experiences for the world. Unfortunately, I haven’t been able to do anything like that for a couple of years. It’s something I really miss.

One of the reasons I really look forward to having a new full time job again is being able to travel on my off time because I never get to anymore. I miss the ocean, the mountains, sunrise and sunset in interesting places, and getting to meet new and different people.

I admit it. In some ways I am a romantic. It’s just part of the strange package that is me. 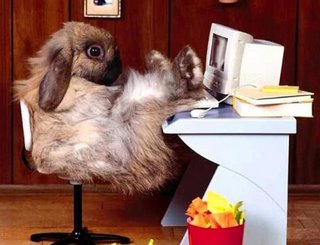 Well, the toy project I was talking about before has been posted.

I’m not completely happy with the GUI, but it was just for the heck of it so I didn’t want to spend *too* much time working on it. It was basically just an excuse to code and do something that was at least sort of novel and fun.

If you’d like to play with it, it’s posted here.

I may clean it up more in the future, and I will likely add new stories, but it’s nothing that’s really going to be aggressively added onto.

Current mood: calm
Current music: Professional Murder Music – A Night Like This
Posted by James Hollingshead at 9:24 PM No comments: