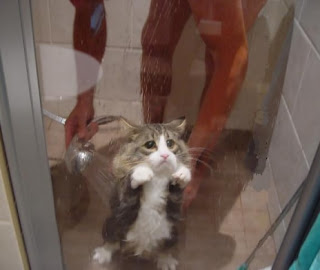 
I have to say that I apologize to anyone who’s contacted me if I have seemed a little batty this week. I feel like I’m going stir crazy(er).

My ability to read people well has been shot this week.

It’s been one of those where you feel like laughing and screaming at the same time. The sheer lack of things to do here is getting to me, I think.

I really need a change of scenery. Working on getting a job elsewhere, so I can make that happen. Preferably someplace with museums and cultural centers, various things to do, and more people that are somewhere in the neighborhood of my own age and who just might have similar interests.

There is a lack of all of the above here. Hence my going crazy =]

Well, that and the fact that I’m feeling homesick for certain places, but there’s not a lot I can do about that at the moment. *sigh*

If you know a company in the area (since that’s where I want to end up) that’s looking for a decent software dev (C#, please as I have kicked Java to the curb), let me know.

Posted by James Hollingshead at 12:14 AM No comments: 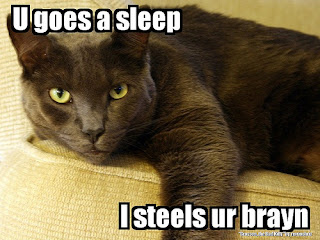 There are a lot of things that I could write about at the moment, but I really don’t feel like ranting right now. Most of them involve local issues, so I doubt many people who read this will really care about them anyway, and to be quite honest, I’m to the point of beating my head against the desk over it, so I really don’t want to think about it.

Instead, I think I’ll just cover randomness that’s going on or running through my head. (No, you don’t have to run away in fear)

* It seems that Google has been lobbying Congress to get the H1-B cap raised because they’re “having trouble finding qualified people” while saying that their drop in earnings is because they’ve been on a hiring binge. I’m sorry, but that sounds like a steaming pile of something unpleasantly fragrant to me.

We can’t find qualified people, but we’re hiring right and left? Yeah right. Admit it, boys. You broke your “do no evil” motto a long time ago. I didn’t want to work for you before and I certainly don’t now.

* The editor of the local paper doesn’t seem to care for me anymore. It just might have something to do with calling him on his attempted bullying (and got him to back peddle like mad) of the message board when people started speaking out against a partnership between the city government and the chamber of commerce to expedite building permits.

The thing that really galled him, I think, is the fact that I didn’t fall for him trying to change his arguments (and twist mine) into something that he had a snowball’s chance of winning. (I would love for him to try to pull a “I am the editor of a newspaper” showboating contest because there are things that he doesn’t know about me =])

Sorry, folks, but the Chamber in this town treats non-member businesses like dirt. I wouldn’t trust them with this as far as I could comfortably spit a large rat, because what it would amount to is the member businesses getting a fast track on permits.

* I seem to be getting frighteningly handy with a seam ripper.

* And on a completely random note, I would love to see someone who can pull off the Witch Hunter Robin look. No, it’s not because of any weird fetish. I just think that it would be a really cool look on someone that could pull it off (and it wouldn’t be that easy to pull it off).

Posted by James Hollingshead at 5:47 PM No comments: 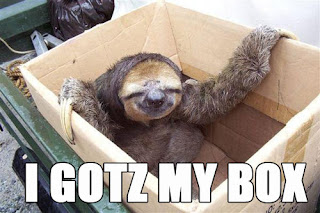 A Much Needed Break

Every now and then, I find that I need to take a break from working on projects and actually get out of the house. I find that it helps me to stay motivated.

Today was a nice day. It was filled with thunderstorms and a decent amount of rain, so I decided to spend part of it in the park, wandering around and watching the world go by from one of the gazebos.

I’ve always been a big fan of thunderstorms. I know that some kids were frightened of them, but I always found them soothing. The world just feels cleaner after one, and I have to admit that it seems like something in them lightens my mood.

I still enjoy them. It just feels weird to do it by myself.

Posted by James Hollingshead at 7:45 PM No comments: