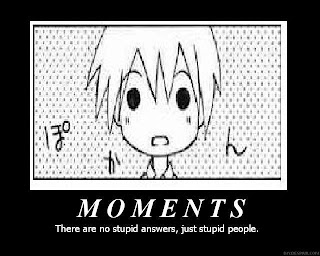 A few days ago, Slashdot ran a story about technical book publisher O’Reilly laying off people. Frankly, this isn’t a big surprise considering that everyone and their brother seem to be cutting jobs.

Even though I don’t care for the man because of a lot of the things he says, I’ll give Tim O’Reilly credit for one classy thing he’s done in the midst of this. He has posted that, if anyone has a position that they think one of O’Reilly’s laid off employees would be a good fit for, they can email him and he’ll see what he can do about referring one of them.

For that he gets some respect. That’s a genuinely decent thing to do. It’s also good business (contrary to what a lot of people seem to think).

The thing that gets me is that everyone on Slashdot was basically saying “duh. O’Reilly realizes print is dead.” They apparently think that the internet is the answer to all of life’s problems (not surprising with that crowd).

Even Bruce Perens, the man I love to hate (though not as much as RMS), got on the bandwagon, claiming that you can find all the answers on the internet and asking when the last time anyone cracked open a reference book was.

The honest answer to his question? This afternoon.

I like the internet to look up something random quickly, and I carry electronic copies of most of my books with me when I’m out since it’s a little impractical to keep a bookshelf in my messenger bag, but sitting at my desk, I really prefer paper - it's easier on the eyes, it doesn't take up screen space, I like the tactile sensations, you don't have to worry about the batteries running out, you can take it to the bathroom...

The reasons for my preference go on for a while.

The truth is that, while the internet is great for quick answers to little problems, it tends to suck for in-depth knowledge – a place where a good book excels. There are, however, a couple of problems with this:

1) A lot of people code in snippets, not knowing or really caring what’s going on other than “it looks like it works,” which is why they prefer the quick and dirty answer. They don’t care about why, just that they can plug in some code.

They are, at best, mediocre, and it shows when they run into non-trivial problems.

2) A lot of technical books suck.

As far as #2 goes, I can remember when O’Reilly was basically the gold standard of technical books. Now, however, they tend to be horrible. In fact, their Nutshell series has basically devolved into a printed version of the documentation for the technology that it covers.

The sad thing is that the last O’Reilly book I purchased, Ruby in a Nutshell, was written by the *creator* of the language and still wasn’t very good. In fact, in the notes, he admitted that it was a slightly expanded version of the Pocket Reference.

I bought two books on Ruby when I started with it – Ruby in a Nutshell and Programming Ruby by the Pragmatic Programmers. I’ll let you guess which of them is sitting by my computer right now and which of them is in a box in storage.

In fact, looking around the room, I see books by the Pragmatic Programmers, a couple of decent ones from Wrox, a few from MS Press, some from Sams, and a few others.

There is exactly *one* O’Reilly book in this room – XML in a Nutshell, and I’m using that to elevate my DVD burner off of my desk so that it’s easier to hit the eject button.

I will admit that there is an O’Reilly book that I want to pick up because it’s actually useful, but it’s been around for a while. What’s that, you ask? Mastering Regular Expressions.

Other than that, in my opinion at least, O’Reilly has been a disappointment for quite a while. Then again, there are a lot of crap technical books out there from other companies as well so it’s not just a problem with O’Reilly.

Posted by James Hollingshead at 6:16 PM No comments: 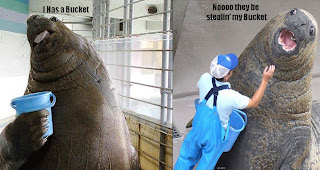 I've been meaning to make this post for a few days now, but I've been sidetracked by a number of things that have been going on.

I just got their last issue last week.

Guys, I know I gave you a hard time about the typo on the front cover, but you didn't have to react *that* badly to the criticism :P

They say that they're still going to be around as a monthly section in Information Week (a magazine which I view as a waste of paper 99.9% of the time), but really they're dead.

They've been going downhill for years, so it's really no surprise to most of us that they're closing shop. It's still a shame to see it go though. 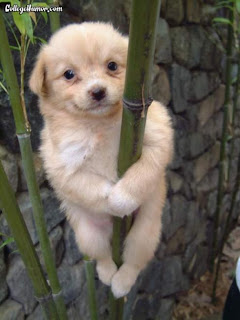 May this year bring positive things for those who deserve them.

Current mood: contemplative
Current music: Breaking Benjamin - Here We Are
Posted by James Hollingshead at 1:06 AM No comments: