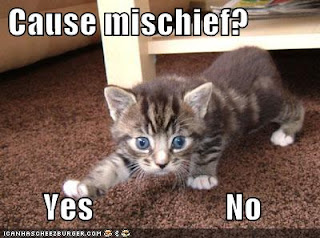 One morning, several years ago, I was sitting on a bench, looking at a sand painting and waiting for the Tibetan monks that were making said painting to arrive.

I wasn’t quite sure what to say. I assume that she meant to ask if I was with the monks, but it was, to be honest, a rather rude manner in which she addressed me (as though she thought I was some piece of scum there to serve her). I was being talked to as though I were some sideshow freak.

However, my other thought on the matter was that it was an interesting philosophical question.

Well, I’m not Buddhist. In fact, I’m Taoist, if anyone really cares to know (I don't try to hide it, but I don't shove it in everyone's face either). However, if you think about it, the Buddhist concept of the Buddha nature is similar to the Taoist concept of P`u, or the uncarved block.

It could also be argued that some part of the matter which made up Siddhartha Gautama could have been a part of my bodily makeup at some point in my lifetime, so in that rather literal way, I suppose I could be considered to be Buddha.

Then you have the fact that Buddhists believe that we all have the potential to become a Buddha and that some believe Bodhisattvas walk among us, so it's possible that I am such a being (though I seriously doubt it as I am a little too snarky and sarcastic to be considered a being of pure good heh).

In the middle of my philosophical reverie, the woman who sparked it snapped at me rather rudely (even more so than previously), demanding to know if I was Buddha.

Having had enough of being treated like a piece of dirt, I informed her that I was not Buddhist, that the monks would not arrive for another hour or more and she should learn some manners.

She stormed off in a huff.

In the end, I was rather glad that I was the one who was there when she arrived. First, it provided an interesting piece of food for though. Second, if she was that snotty toward me, I can only imagine how she’d react to a bunch of “weird” guys in robes.

I saved them more than a headache or two, I’m sure. Hey, they may consider life to be suffering, but not all suffering has to be endured =]

Posted by James Hollingshead at 5:43 PM No comments: