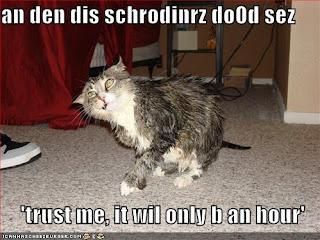 In case you haven’t noticed, the redesign of the site finally went live about a week ago.

I’d planned to have it rolled out about a month ago, but things kept coming up. Since it wasn’t a huge priority, the redesign kept getting pushed back. Now, however, it’s up and running.

I admit it. I was bad and rolled it out at around 3pm instead of waiting for the middle of the night, but I didn't think there would be much of an issue. Besides, I'd gotten sick of it not being up yet heh

The frames are gone (huzzah!), replaced with CSS and XHTML so it makes everyone’s lives easier. It’s easier to update, easier for search engines to index, easier to navigate, etc.

You should also notice that there are a number of new graphics on the site in order to provide visual cues and break up the flow of the formerly all-text content.

Everyone seems to agree that it looks quite a bit better than it did before.

The only page that wasn’t touched in the redesign was the html version of my resume. That will still be done in Front Page because laying it out otherwise is a pain in the rear, but I can live with that. It opens in a new tab anyway, so it doesn't interfere with the rest of the site's design.

I should mention the resources used in the redesign:

The basis for the site’s CSS came from Stylin With CSS, which has all of the files available here

Most of the icons came from here

And my South Park-like character (which I’ve been using forever) came from the South Park Character Creator.

If you run into any problems, please let me know and I’ll see what I can do to fix them. It’s been looked over by a few people, but there’s always a chance that something got overlooked.

Posted by James Hollingshead at 5:44 PM No comments: 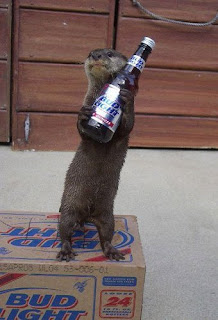 Sometimes things happen that I just find myself wanting to share. This is one of them, taken from an email from Karyl.

“Robert (a co-worker) and I were discussing the amazing batman nipple armor and why it needs to have nipples.

I said maybe they shoot lasers.

He decided if he were a criminal, as soon as he saw lasers shooting from batman's nipples, he'd stop right then and there just to never have to see that again. lol”