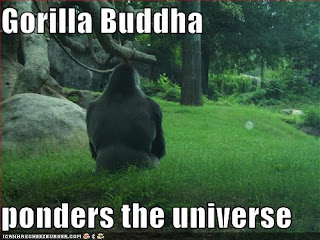 The technology looks interesting and I may have to look into it when I have some free time, but it’s not the only thing during the presentation that caught my eye. As stupid as it may sound, one of the things that got my attention was that, in his code samples, many of his variables were declared as var instead of using explicit type declaration.

I’d looked at non explicit type declaration before and had decided that there was no real benefit to it and that its main impact was to decrease readability. However, seeing it used rather liberally in David’s code, I thought I might want to take another look.

The MSDN documentation still left me with my original thought on the subject, so, since I follow people who almost certainly know more on the subject than I do, I turned to twitter.

The conclusion that was arrived at regarding the matter was that they were useful when using LINQ, but tended to hamper readability and introduced some ambiguity into the code that the complier might not always sort out the way you want it to otherwise.

The really neat part of the twitter exchange was that David himself ended up chiming in as well because he still wasn’t sold on it either and was wondering much the same thing that I was, having run into it in a code review that day (a few days after his presentation).

So, on the upside, at least I wasn’t the only one who thinks about/isn’t sure about this sort of thing. I consider this a positive thing because I always feel like such a noob no matter how much I learn (I’ll get to that a little later).

David did, however, have another concern as well – that his code examples were distracting attention from what he was trying to introduce people to. In all honesty, since I said I started thinking about it due to his presentation, it was a legitimate concern.

I had to assure him that it didn’t distract from his presentation, but, rather that the problem was with me (I tend to jokingly end that statement with “because I’m a freak”).

The fact is that I tend to notice a *lot* of things and retain, at least for a while, more than a little of it. This is especially true when I’m someplace where I’m already trying to pay attention.

To be honest, I used to retain almost *everything* that I ran across before I started dealing with certain stressors that tend to divert my attention more often than I’d like (this will, hopefully, change here before too long as I don’t like the way said stressors are affecting me). Granted, I tend to have problems when I’m overloaded, and one of the first things to go is my ability to remember names of people I’ve just met (faces I generally have nailed, but names are another matter, so if I forget your name, it’s not an insult).

Now, to return briefly to the fact that I always feel like a noob.

The CONDG meetings now have a short talk after the main presentation, and January’s was presented by Leon Gersing (fallenrogue), the subject of which was change.

The talk itself was very good and, with the things going on at the moment seemed rather like a cosmic clue-by-four, but the pertinent part of the talk for this entry is the fact that some of us feel like we never know enough and we’re never ready.

I hung my head and raised my hand in the back of the room, getting called out good-naturedly by Leon for it. heh

Sometimes I have to slap myself and tell myself that I’ll never know everything (I hate not knowing something - as people who know me well can attest) and that I have to just start on the project and work out the rest of the problems as they come up.

Part of the problem, I think, is that I know far too many people that know *way* more than I do, so I always feel like I'm playing catch-up. Not that being around very smart, knowledgeable people is a problem, just that I always feel so behind by comparison. =]

Once I get into the groove, I don’t tend to sweat it, but the initial uncertainty (and, at times, insecurity) drives me up the wall. It even occasionally makes me want to hide under my bed because I always feel like everyone *else* knows this stuff and I’m the only clueless one even though I know that isn’t true (and, furthermore, I know that most people tend to make this crap up as they go along while trying to look all knowing).

You know that famous interview question of “What’s your greatest weakness?” That’s mine, though I usually phrase it that I sometimes worry about the details too much, because that really is the long and the short of it (plus it has the bonus that, unlike putting it the other way, it doesn’t make me sound neurotic lol).