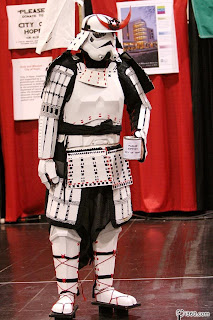 It sometimes amazes me how much of an effect some smells have on me.

I know they say that smell is the sense with the closest ties to memory, but sometimes it’s surprising that the memories come with a depth of feeling that you wouldn’t believe possible until you experience them.

Of course, a lot of us have the memory triggers from certain perfumes or shampoos or what have you that remind us of our first love (I know that I do). However, I have some that a lot of people would consider odd.

A lot of my childhood involved training in martial arts – first kung fu and then European and Japanese sword arts. Sometimes I think they were the happiest times in my life until I met my first love.

As a result, two of my major scent triggers (other than the aforementioned shampoo, perfume, and makeup) are well worn leather and cosmoline (gun grease).

Of course, the leather comes into play because of my harnesses, belts, baldrics, scabbards and gloves (who would ever guess all of the straps and things you have to wear). The deep, musky smell of leather gloves or baldrics which have had the dyes cured into them by the sweat of your body is just somehow very intoxicating (and a darn site more pleasant than the black and blue stains the leather leaves on your hands and chest before the dyes have been locked in by the salt – ask Karyl about the screaming blue hands).

The same was true of my sifu and my other teachers, so I have a lot of memories that involve the smell of well worn leather and cosmoline. It reminds me of times with the grass beneath my feet and the wind ruffling my hair and fighting robes, blade in hand, standing lightly and waiting to respond to the situation facing me. It’s a very serene feeling that I think more people should be able to experience.

It’s the place where you simultaneously loose yourself and find yourself, and I have to say that it gives you a different perspective on a lot of things.

It was enough of an influence on me that, after the relationship with my ex ended, my style of dress changed as well – back to one more reminiscent of my training clothing. Simple, comfortable, flowing shirts and pants that were almost monk-like in style (Loose black semi button up shirts with no appreciable collar and loose black pants).

I spent a lot of time at the lake training and meditating. It was my way to find myself again. Amusingly it also frequently got me accused of looking like a monk, a priest, or a mercenary.

What brought up this trip down memory lane? Taking care of my blades, of course. After all, I don’t want them to rust. I have too much respect for them to do that. Ask any of the fencers I chided for not taking care of their equipment while I was teaching them in college. 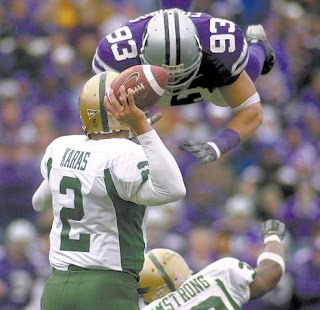 InformationWeek has an article asking why Microsoft doesn’t have a cult following like Linux, Java, and FOSS do.

The comments on the article itself as well as the ones on Slashdot (what? Didn’t think something like that would slip past them did you?) make me feel rather ill.

I don’t want a cult in things that I use to do a job. I want solid tools to work with and a decent chance to find answers to questions that I might have if I can’t answer them myself. Mentioning a cult makes me want to go the other way.

Who the hell cares about fanatical fanboys? They tend to do more harm than good because they scream about anything that is different than what they love.

Want to know the reasons that Microsoft products are used in so many enterprises?

They’re fairly easy to use, they don’t require being compiled or excessively tweaked “out of the box” for most tasks, the learning curve for most basic tasks is small, there are a whole LOT of 3rd party software providers, and the formats that they use for documents are the same ones used by most businesses. I realize that the last item in that list basically says “everyone uses Microsoft stuff because everybody uses Microsoft stuff,” but it’s true.

(Yes, the new Ribbon interface and break the slight learning curve, but I’ll get to that in a minute)

Don’t get me wrong. I’m not a Microsoft fanboy. In fact, I’m not a fanboy of anything except maybe usability. I’m more of a right tools for the job kind of guy. I use stuff from , I use open source stuff (hell, I even release some small open source stuff), and I use various pieces of 3rd party commercial and free software. (as in cost. Dear gods do I hate Stallman for his “Free” vs. free crap. Want an example of the downside to software cults? Go look at that fool.)

Is there room for improvement? Heck yes. Do they need slavering fanatics to accomplish it? No. They just need to listen to their customers a bit more.

With their new “Ribbons” interface driving everyone crazy and Vista (which I swear has to be Windows ME round 2) being a bloated piece of crud, they may have taken a step backwards, but they’ll recover.

In the interest of disclosure, I should say that I’ve had friends who work at both Sun and Microsoft. I got to hear about a lot of issues on both sides, and get to see them for myself because of my network and development work.

I don’t support the full stack out of any one group, I don’t think.

I admit that I used to be an idealist about software at one time. Hell, with as often as the university beats you over the head with the opinion that open source is the best thing ever, you would have been too. However, then something happened – I started doing this for money and a lot of clients want their code to be their code (surprise surprise).

I’ve had enough of the mudslinging. My computer is a tool that allows me to do work. It is not a religion. I use what makes sense and I don’t need a cargo cult that screams “they may be more successful, but we’re *better* so why aren’t you worshipping us???!!!” 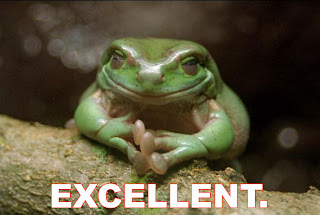 Happy Birthday To Me

For my birthday, the world gave to me…

A mild case of sun poisoning.

I decided to take the day off (after all, who wants to work on their birthday?) and head to the lake.

Taking along an ample supply of water and my new blade, I spent a few hours training and meditating. Unfortunately, there’s that whole problem of my being photosensitive.

Generally, it’s just a matter of wearing sunglasses since bright light really adversely affects my eyesight (on the upside, I see really well at night). However, after a winter of being cooped up, my body wasn’t used to the UV radiation and I got a sunburn and mild case of sun poisoning because there was basically zero cloud cover today.

Nothing too serious. I should be back to normal in a day or so. In the meantime, I’ll just be kind of drained and a bit queasy.

Make the pasty skinned geek comments if you like, but it’s a problem I’ve had since I was a kid. I’m just usually outside enough to have my body used to it. It’s simply that the weather was crappy during the winter (which only seems to have recently ended here) so I didn’t go out too much during the day.

On the upside, I have decided that I really like the new sword. Yes, I bought myself a new sword. If you trained with them since you were a kid, you’d occasionally buy yourself one too.

Truth be told, while I was at it, I picked up an equally well made parrying dagger to go with it.

After all, this blog is titled “Code Poet, Swordsman, Eternal Wanderer” for a reason. With basically any of my blades, my well-worn black suede jacket (which has seen many many miles over the years) and my black messenger bag, I even look the part of the wandering swordsman.

This particular blade is a slim backsword (think of a saber and now straighten the blade) modeled after the 1840 US issue NCO sword which was, in turn, based off of a French model (just like the US cavalry swords of the era were).

It’s hand forged, wonderfully tempered, and handles like a dream. At a waspish 1.5-2lbs including its solid brass hilt, it is definitely a blade made for finesse instead of force.

No frills, no fancy scrolling or etching on the blade, just a solid, simple, well made sword that, in its plainness, even manages to look a bit dressy.

I can safely say that the people I taught in college fencing would have envied it.

I can also say that, despite the sun poisoning, I really needed the day of meditation. I feel a little better for it, though I admit that I wish I could have taken up my old friend on her offer of running away to to be with her for a while.