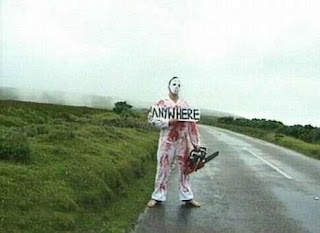 I went back to my alma mater on Tuesday for a gathering of area alumni. I figured it would be a nice distraction from life in general.

I spent a while wandering around campus while I was there, and it struck me just how much of an outsider I was now.

When I was going to school, campus was home. Everyone knew me, and I couldn’t go anywhere without being stopped by two or three people. I was quite literally one of the best known people on campus. It was my element and I couldn’t picture being anywhere else.

Now I can’t picture being there again. It’s kind of funny really – being a nameless face in the crowd where you used to be one of the few names.

After wandering around the campus for a while, I stopped by to see one of my favorite professors. No, this one is not in the CS department; he’s in Philosophy. We chatted for an hour or so and generally caught up with each other.

He also spent some time asking questions about some of the things I’d done in the past that he sort of wondered about. He’s another one of those people that tends to find the weird path I’ve been on fairly interesting.

He’s still convinced that he’s going to see me on the cover of a business magazine at some point. A lot of people think that about me. I find that amusing. Personally, I’m just amazed that I’m still alive after some of it.

However, the one thing that the trip really underlined for me was that campus is yet another place that I no longer belong. Maybe I will find somewhere I do belong at some point.

As it stands, though, I feel like a perpetual wanderer. There are places that I stay but none of them are really home no matter how long I am there.

All I know is that out there, somewhere, is something that feels different. It’s just a matter of finding it. Until then, I’ll just have to try and enjoy the journey.

It’s like they say – you can never go home again.

Posted by James Hollingshead at 4:01 PM