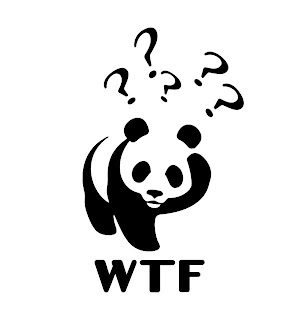 James and the Apothecary


I have a problem – I expect specialized shops to have what they say they specialize in.

A few months back, an apothecary shop opened here in town.

Personally, I thought this was a great thing. It meant that I might be able to pick up some things that I occasionally have use for locally instead of on the net (hey, I believe in supporting local businesses when I can), and that I might even be able to meet a few more people here.

The first time I walked in was a few days after they opened, so they didn’t have a lot of stuff on the shelves yet. That was pretty understandable, and I decided to come back later when they were better stocked.

Well, I went back today.

If this is someone’s idea of an apothecary, they really need to get out more. Maybe they could even visit an actual apothecary shop.

There was about one and a half small shelving units of the capsules of things like flax seed oil and the like, tubs of powdered vitamin C, etc. Then there was a 3’ wide basket of bagged herbs, some scented oils (on another shelf), and a couple of shelves of “whole foods”. Oh, and ear candles. They actually had those, and that belongs in this section.

Here ends anything in there actually resembling an apothecary (I include the whole foods and capsules in that list though they don’t all necessarily belong there. I’m trying to be fair here).

Apart from that, there was a little incense (which can be found in most shops), but it appeared to be lower quality cones and a few things like incense burners and aromatherapy oil lamps.

The rest of the store? Candles. Lots of scented candles. And soap.

The best part? Many of the items in there are also found in several of the big box retailers in town. Funny thing is that they’re basically identical to those items and marked up a dollar or two…

The bottom line? The “apothecary shop” had probably two short isles (maybe two and a half) of shelves with three shelves per isle and a basket worth of things that actually belonged in an apothecary shop. The rest of it was basically things like scented candles and soap.

Granted, I’m used to apothecaries with a rather full selection, but this was really bad. The sad thing is that a lot of people who walk into that shop will really think it’s an apothecary because they don’t know any better.

Give me a shop filled with assorted containers full of various fun things (for a wide range of definitions of the word “fun”) and a person behind the counter who really knows what they’re doing. “I think it’s used for $X” is not a great way to earn my trust in your ability to run an apothecary shop (which I overheard when someone else in there asked him a question about one of the products).

To run a shop of that sort, you *really* need to know your stuff. It takes a lot of experience, and generally involves an apprenticeship. Heck, even I wouldn’t hazard running one, and I have a grasp on more than a little bit of it. It’s a really specialized kind of place.

So, it looks like I’m still going to be ordering pretty much everything online that I can’t get fresh unless I run into it on my travels.

Posted by James Hollingshead at 1:27 AM

And with herbs especially you need to knwo what you're talking about, otherwise you could get somebody in deep medical crap (beware the kava). *heh*

Especially if somebody pregnant walks in.... at least half the herbs I know about should never be ingested while pregnant.

Not to mention some of the oils can burn your skin...